“New Dawn Fades – A Graphic Novel About Joy Division and Manchester” chronicles the rise and fall of the ground-breaking post-punk band, and the 1970s Manchester music scene. The book has been a decade in the making, but is finally available.

This is the story of four ordinary lads who, inspired by the punk revolution of the 1970s, came together to form one of the most influential bands of all time, Joy Division.

Writer/Artist Brian Gorman‘s new graphic novel places the band within the context of Manchester’s history as a city with a vibrant reputation, setting the scene for a completely new and fascinating look at the Joy Division story.

The story explores the heart and soul of both the band and the city, introducing an array of historical figures and events, including Roman General Julius Agricola, The Peterloo Massacre, Dr John Dee, Frederich Engels, The Industrial Revolution, The Drones, The Sex Pistols, and the Buzzcocks!

The result is a spellbinding journey of love, passion, progress, grief, and, of course, music.

The book is a companion piece to Gorman’s original stage play, which was a smash hit when it debuted at the Greater Manchester Fringe Festival in July 2013. It was subsequently staged at the Macclesfield WinterFest in Ian Curtis’ home town, where it played to capacity audiences and standing ovations. Tours in 2015 and 2016 followed, with more acclaimed performances in Chester, Leeds, Bury, Liverpool, Bury St Edmonds, and London.

Now, due to popular demand, planning is underway with producer Giles Bastow, to tour across the UK (with a number of European dates) next year.

The graphic novel also includes a selection of superb colour photographs by Shay Rowan, who has followed New Dawn Fades from the very beginning. Audiences can relive the thrills and excitement of the stage production, with this exclusive collection of beautifully atmospheric performance shots.

A special launch party for the book will be held in Manchester on Tuesday 4th December, at The Lass O’Gowrie. Including live music from Trio Atem, plus guest speakers. Free to attend. The party starts at 7pm.

Wigan-born Brian Gorman is the creator of ‘Everyman: The Story Of Patrick McGoohan – The Prisoner’, co-writer of the 2013 stage version of ‘Blade Runner’, and currently performing in his new show ‘One Man Bond: Every Bond Film In 60 Minutes’. Brian is also a writer and artist of graphic novels, including the highly-acclaimed adaptation of ‘Everyman’ (9/10 Starburst Magazine review), and the surreal spy story ‘Borderliners: True Realities’.

The graphic novel is published by Invisible Six Books, and costs £15. There is a limited initial print run, so fans are advised to grab a copy as soon as possible.

Copies can be ordered from www.invisiblesix.co.uk 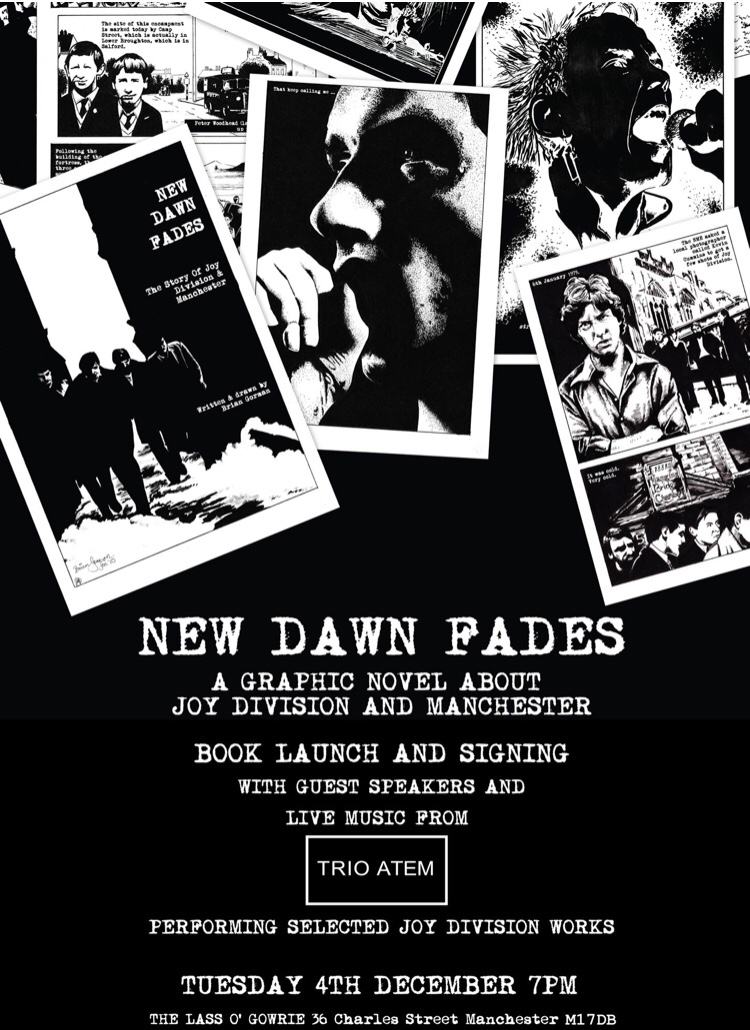