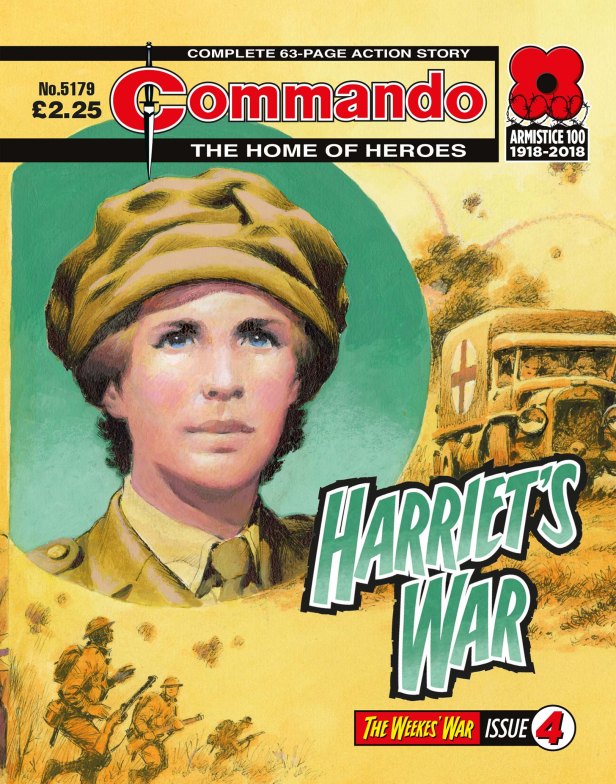 Brand new Commando issues 5179-5182 are coming soon! Take to the trenches with our “Angels on Wheels”, discovery the lineage of the lost son of a German Count, delve once more into no man’s land to rescue the final Weekes’ sibling, and fight the Fokker Scourge!
Plus, get your copies of 5179 or 5181 for your chance to win a model CORGI Sopwith F1 Camel AND a Fokker D.VII!

5179: Home of Heroes: Harriet’s War
In the dark, the cries of the wounded men on the front line echoed, their hoarse voices
calling for the ‘angels on wheels’ to come save them. One such angel was Harriet Weekes,
an ambulance driver in the First Aid Nursing Yeomanry. As the fourth and only female
Weekes sibling, Harriet had joined up to do her part in the war just like her brothers. Some said she was reckless. Some said she drove like a bat out of Hades. But when there were people who needed her help, she was an angel on wheels.
Issue 4 of ‘The Weekes’ War’!
| Story | Andrew Knighton | Art | Khato | Cover | Ian Kennedy | 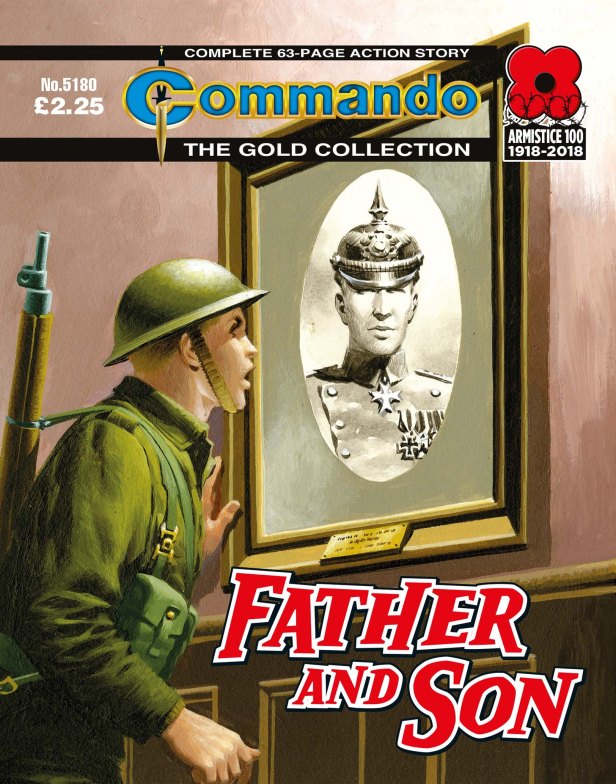 5180: Gold Collection: Father and Son
For many generations, there had been a Count von Regenskirch in the German Army. This duty had passed from father to son – but then, during the First World War, the Count was killed and his small son disappeared.
But that child was not dead. Grown to manhood, he now stood proudly in military uniform.
But it was the wrong uniform, the wrong country, and he was now fighting against
Germany. What strange twist of fate had caused this mystery?
| Story | CG Walker | Art | Carmona | Cover | Ian Kennedy |
Originally Commando No. 1530 (July 1981). Reprinted No. 2875 (August 1995). 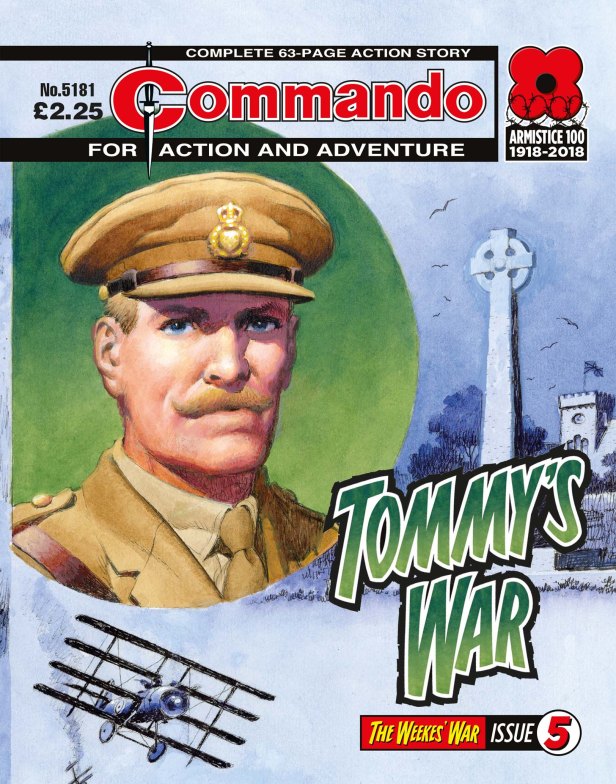 5181: Action and Adventure: Tommy’s War
November 11th, 1918. Armistice.
The war was over… or so most thought, but some still held to the regime of battle, and kept a tight hold of their prisoners.
All the Weekes family wanted was to be together again, but Tommy lay far away on the
other side of the shrapnel filled fields of No Man’s Land. It was all or nothing, and the
Weekes family would do anything to get Tommy back! 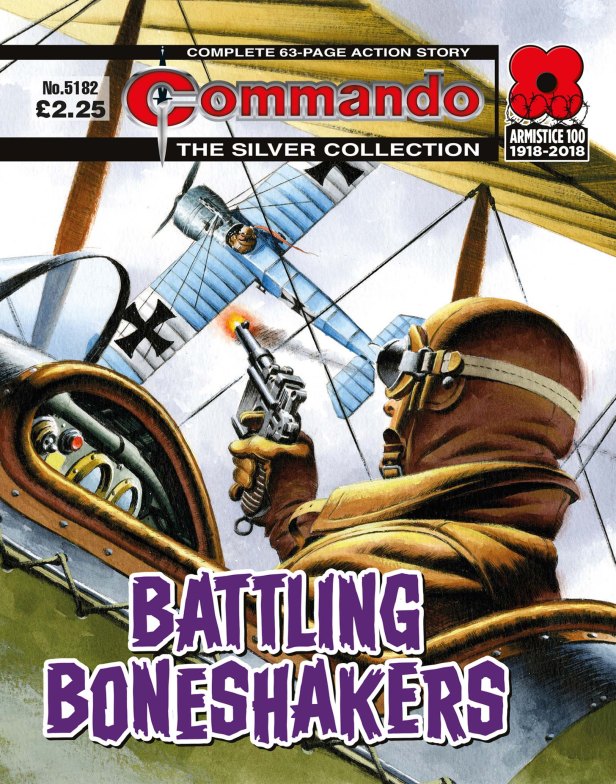 5182: Silver Collection: Battling Boneshakers
They were “wood-and-wire wonders”, these early aircraft of World War One – hard enough to fly, let alone fight in! To make things worse for the pilots of the newly formed Royal Flying Corps, the enemy were quick enough to perfect a gun that fired successfully through the propeller arc of their Fokker Eindeckers.
Men like Gus Mathieson had their work cut out to survive – even using their puny pistols
until a British gun could be developed to counter the “Fokker Scourge”.