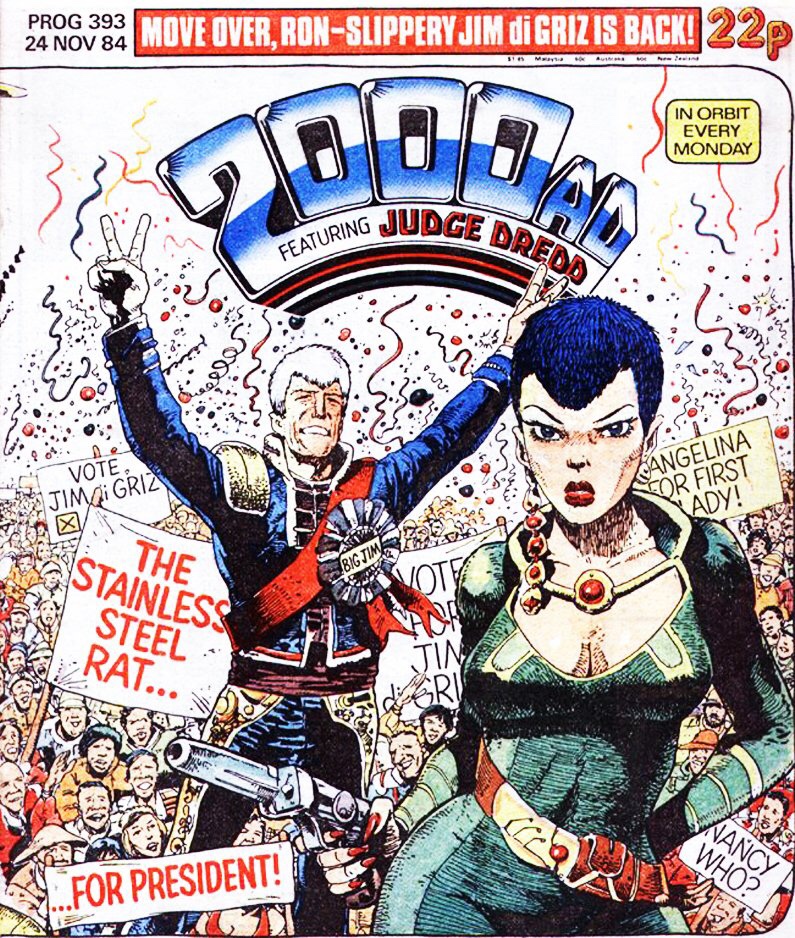 What was your three favourite comics – vote here – vote by 31st December with winners announced in the New Year.

What happened in Comics during 2020? Let’s check it out in our month by month guide to a memorable year.

Billy’s Boots and the eagerly awaited Third World War by Pat Mills and Carlos Ezquerra came out from Rebellion, the Beano was announced as the best selling annual of 2019 and Cam Kennedy was on art duties on a great Commando cover.

Death’s Head got a signing at Forbidden Planet in London, Knights of Pendragon got a Hatchette reprint before the end of the month, Marvel’s Star Wars was named best selling comic of the decade and Alan Davis was coming to X-Men Nightcrawler.

Rok of the Reds was up for an award at the Scottish Book Trust – it didn’t win – but New Kid won the Newbery Medal for the first time in its 100 year history. The Beaney Museum announced a new comic art exhibition for February. It was to be one of their most successful exhibits ever.

Alan Henderson, one of our favourite small press creators, launched a new Penned Guin collection on kickstarter and The Spark Issue 2 was released. Unfortunately publishers Fair Spark Press would not see the year out but had published some great books. David Hathaway Price digital FanScene also came to print via print of demand service Artithmeric. Shaman Kane Issue 4 was released by David Broughton. He caught our attention and was invited to draw a short Shaman Kane story for the ComicScene Annual 2021 at the end of the year.

In film Black Widow was gearing up for a release, Lois and Clark was green lit and the Joker was up for several Oscar nominations.

It was January. All was well. ComicScene announced our Creators Directory, previewed Issue 13 and our Dan Dare/Eagle 70th Anniversary art competition to be judged by Pat Mills, Barrie Tomlinson, Lizzie Boyle and Steve MacManus. What could possibly go wrong?

What was your three favourite comics – vote here – vote by 31st December with winners announced in the New Year.

If you enjoy this website every year please buy us a Ko-fi or please donate at http://paypal.me/comicscene

One thought on “ComicScene Review of 2020 – January. Plus vote for your favourite comic!”