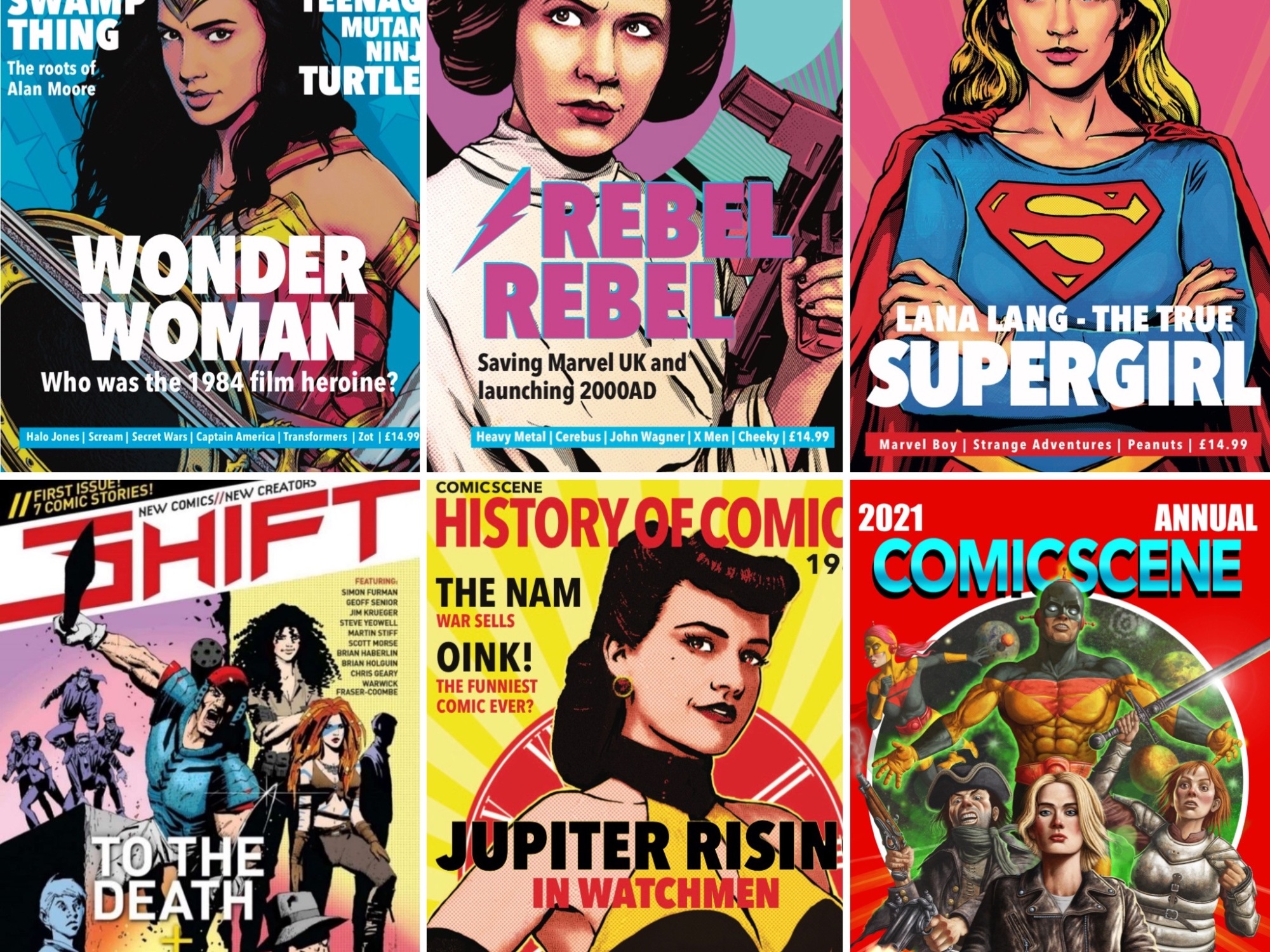 The History of Comics is available in digital from Monday 30th November and in print shortly after to kickstarter supporters, online purchasers and Comic Club members. All details of how to get your copies here – you can buy each book monthly in print or digital.

Each perfect bound book features one year in comics. The first four books will be available all at the same time to binge read. They feature 1984, 1977, 1950 and 1986. Written by comic writers, journalists, comic bloggers, fans and academics this will build up to be the definitive comic library for all Comic Club members. Join here to subscribe and get your membership card with unique membership number too!

Here are details of the contents in the History of Comics Books One to Four.

Scream the Inside Story by Barrie Tomlinson

The Strange Birth of 2000AD and Judge Dredd

The Strange Story of Metalzoic

Don’t forget you can still get the new Shift comic and ComicScene Annual as part of the Comic Club too.