Welcome to the ComicScene Back Issues and Comics Hub. The title will be sent directly from the creators which is why you buy any item that interests you individually rather than store in one basket. All prices include postage and packing.

If you live outside the UK and wish a copy of any of the publications below email us at comicsceneuk@gmail.com to arrange postage overseas.

Keep up to date with new comics in our indie hub by signing up to our regular email newsletter here.

Don’t forget you can also buy ComicScene at http://www.getmycomics.com/ComicScene and also order your regular US comic titles through their too. 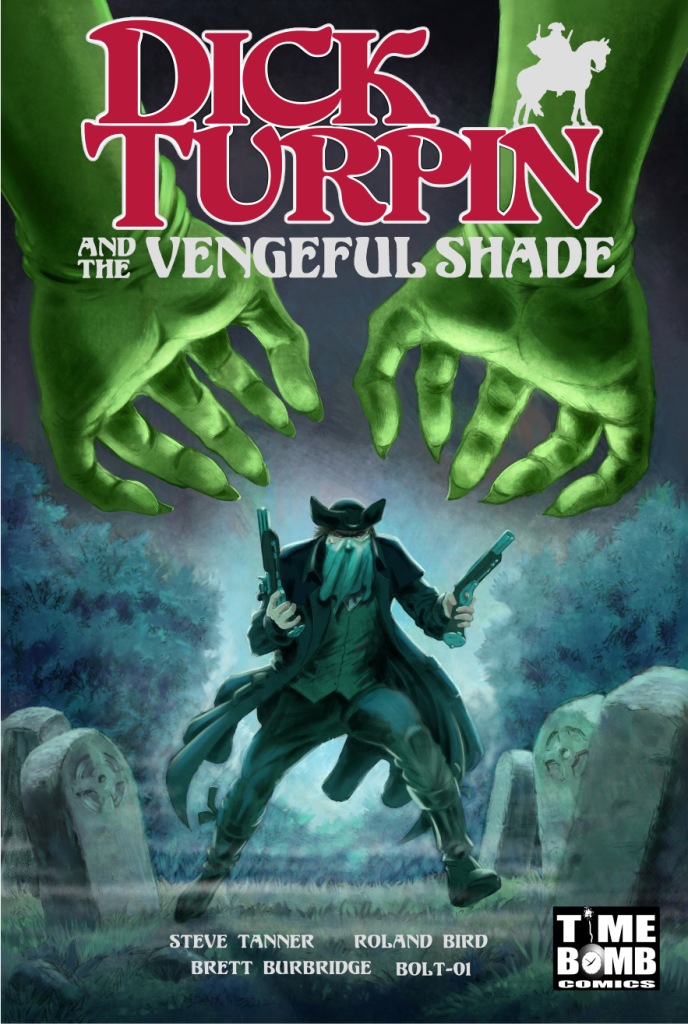 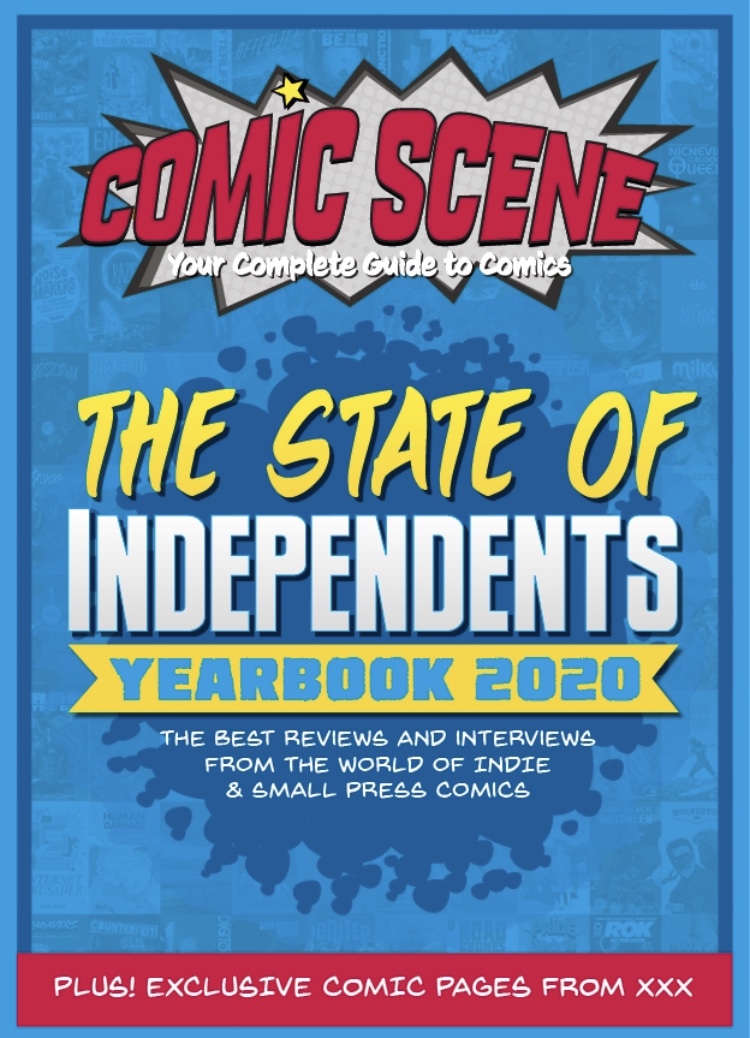 100 pages of every indie and small press publication you should own in 2020. 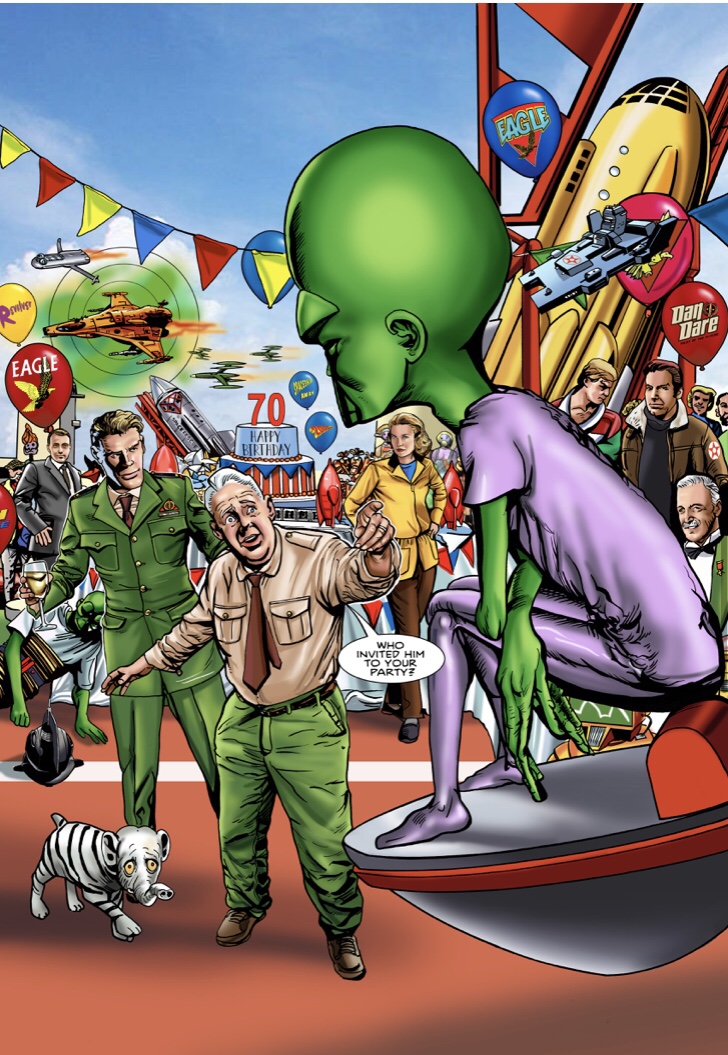 ComicScene Issue 13 in print celebrates 70 Years of Dan Dare and Eagle behind a stunning cover by Martin Baines. Dan Dare in 1950's Eagle, Revolver and 2000AD are all featured plus a SpaceShip Away supplement with Dan Dare strips in the 1950's style. Plus Rok of the Reds, Captain Cosmic, Lady Flintlock, Whackoman strips and articles on Euro and Indie comics. (includes an enhanced digital issue with 30 more pages) 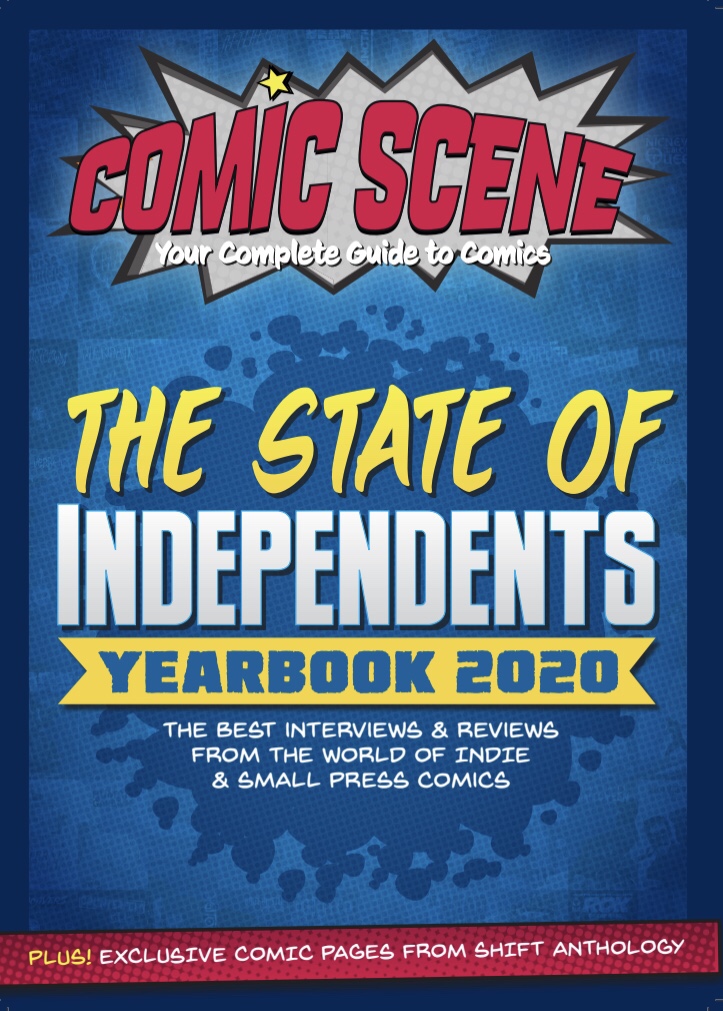 The 84 page ComicScene Issue 13 celebrating 70 years of comics and bang up to date with the ComicScene State of Independents Yearbook 2020 and every indie comic you must own right now! 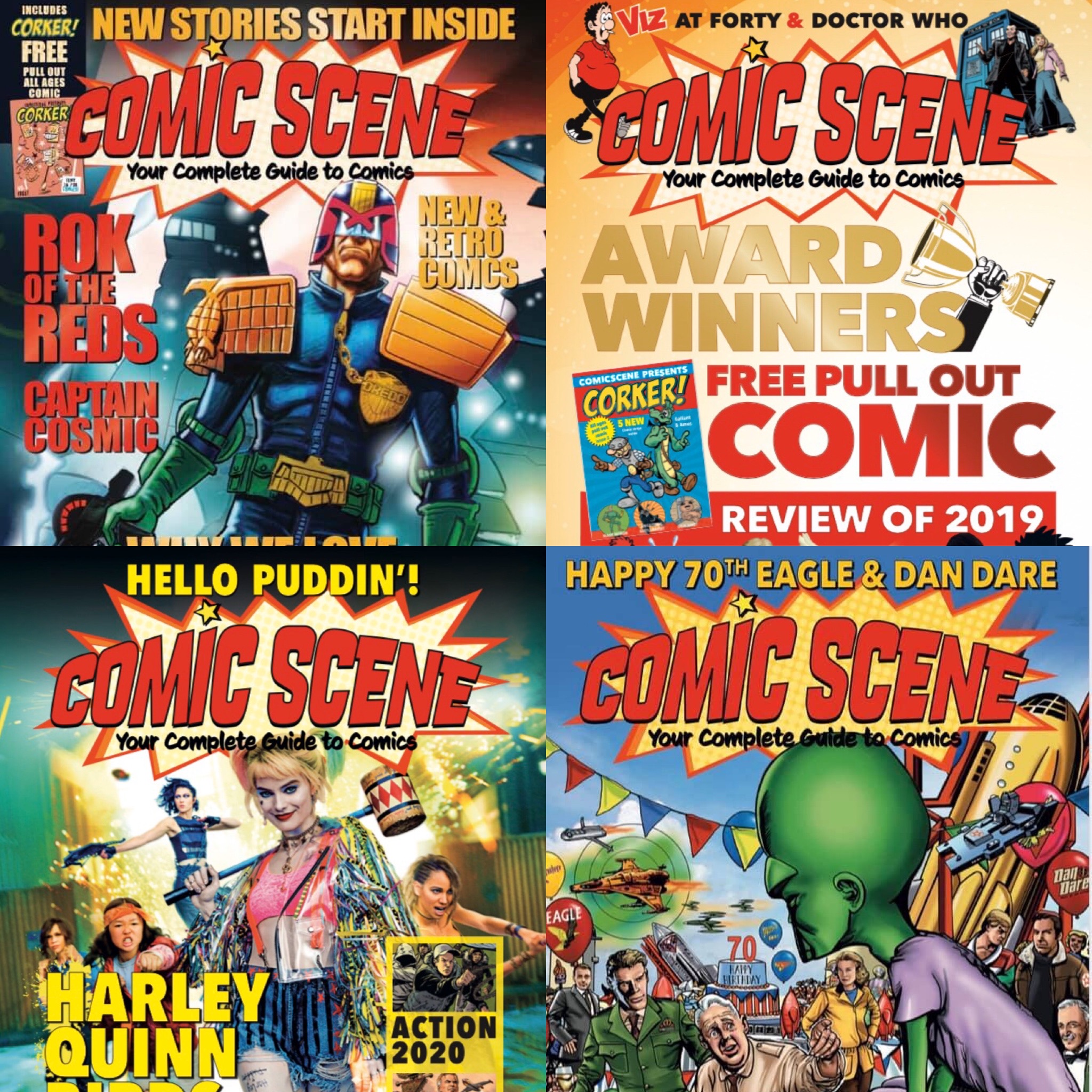 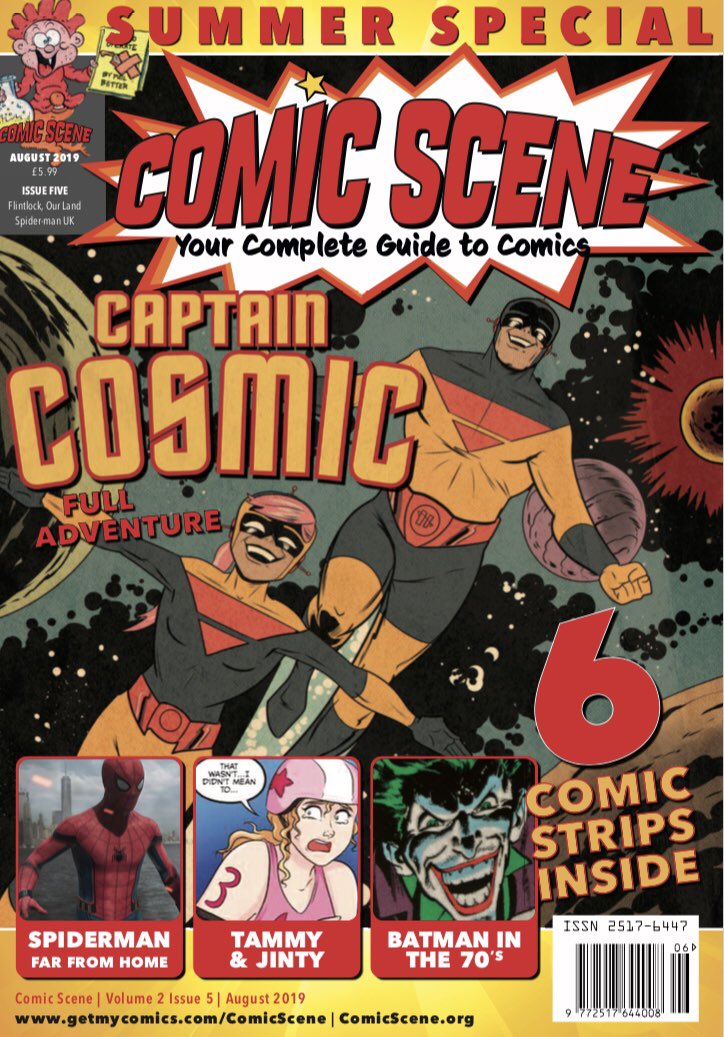 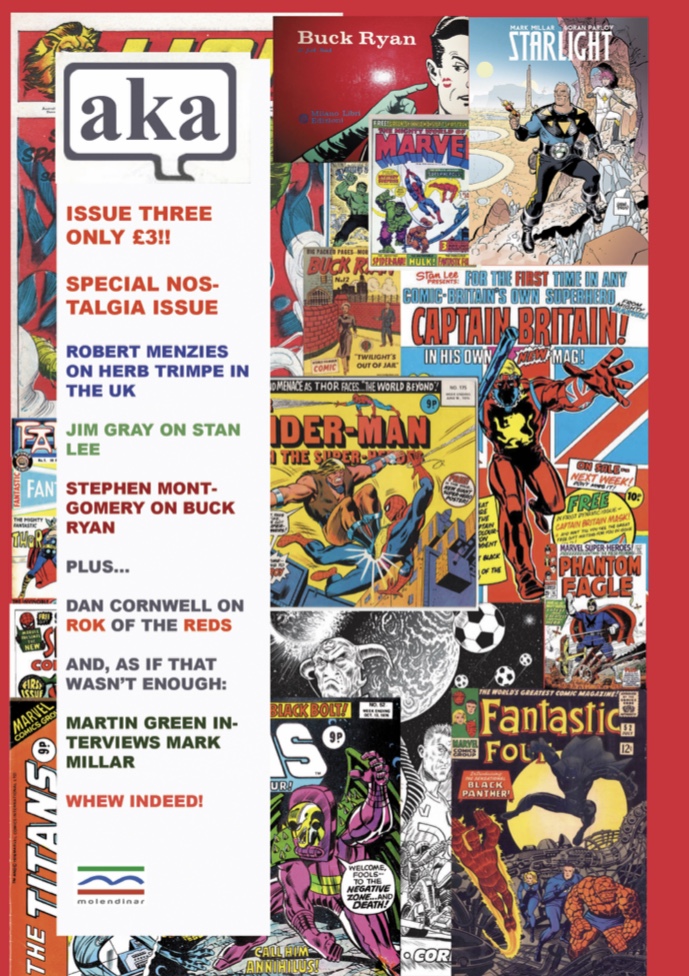 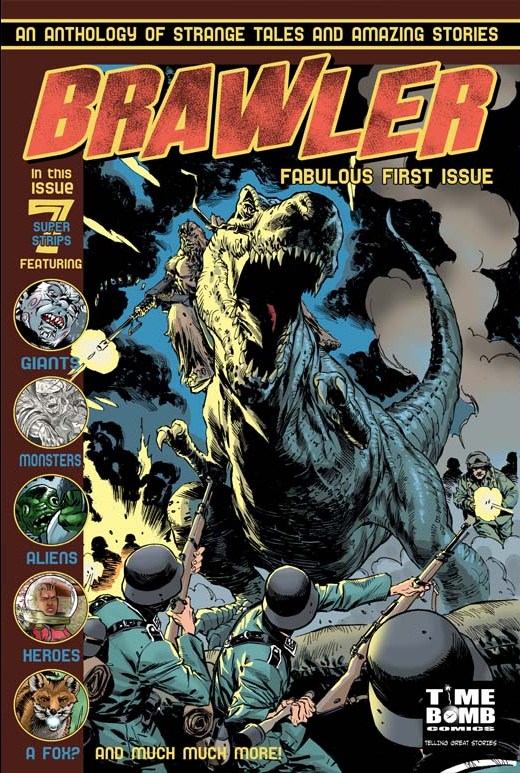 Brawler #1 - The original retro anthology features 8 great action and adventure stories within its 52 pages from some of the most exciting talent in the British comics industry! Price includes UK postage and FREE print worth £6! 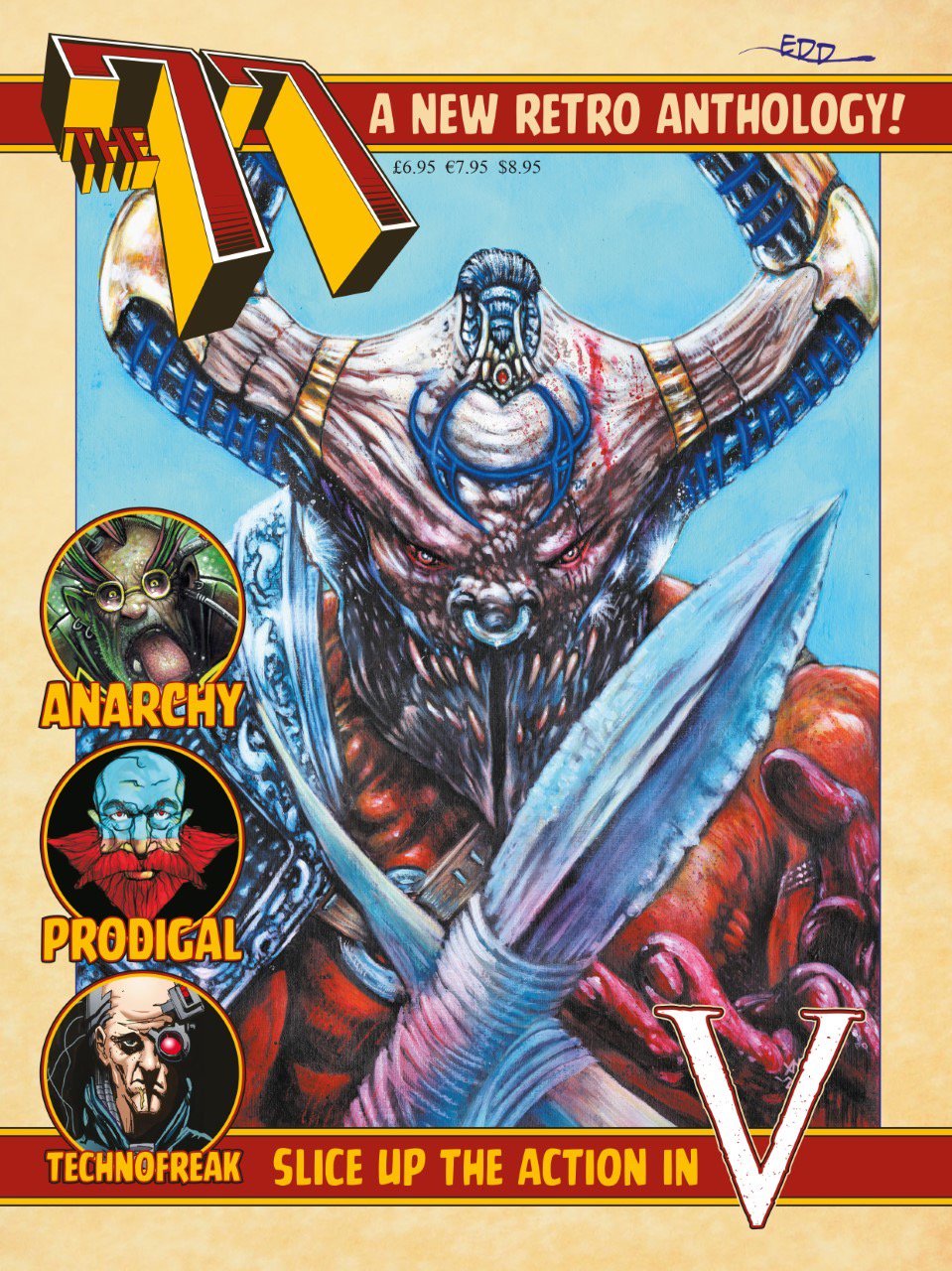 The '77 is available to pre order, a new retro anthology. Price includes postage and packing to UK 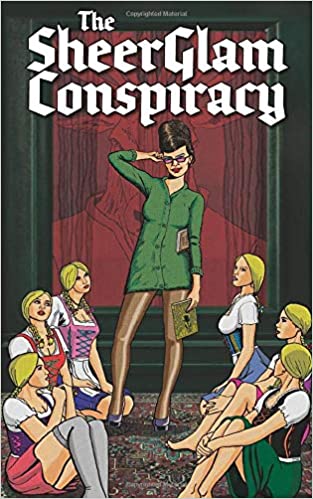 Steve (2000AD Tharg) MacManus novel about two rival comic publishers in the 1970's and the circulation war that leads to a murderous and blazing climax. 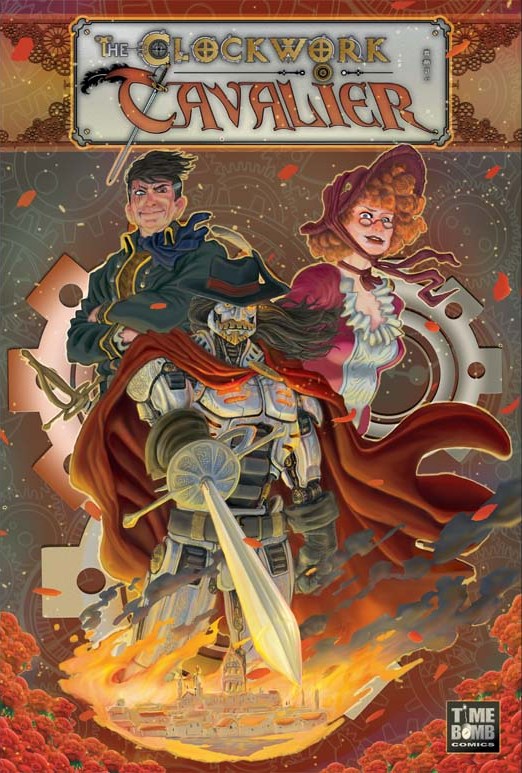 London's notorious Bow Street Runner spins out of Flintlock into a full colour, perfect bound, 52 page special! The Clockwork Cavalier is no stranger to the streets of 1770s London. neither is Tilly Quickstep, who plies her trade around the pillars of Covent Garden. But when a wicked foe appears with a deadly plot to bring the City to its knees they become the unlikeliest of allies. A complete clockpunk caper! Price includes UK postage and FREE print worth £6. 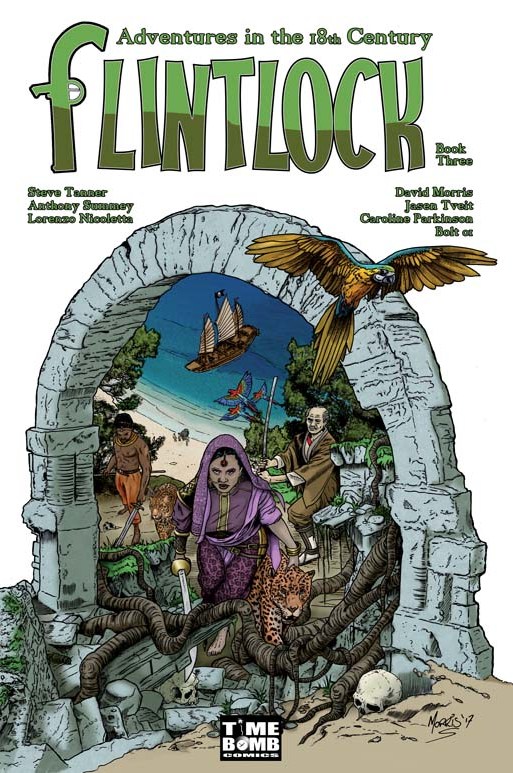 The unique and critically acclaimed anthology series set entirely in the 18th Century continues! Each issue of Flintlock contains at least three stories, each set in a different decade in the 18th Century but all taking place in a shared historical timeline. Ride the highways with Lady Flintlock! Sail the high seas with Shanti the Pirate Queen! Okinawa action with Onna! Capers with Molly and The Trickster Thief! Price includes UK postage and FREE print worth £6. 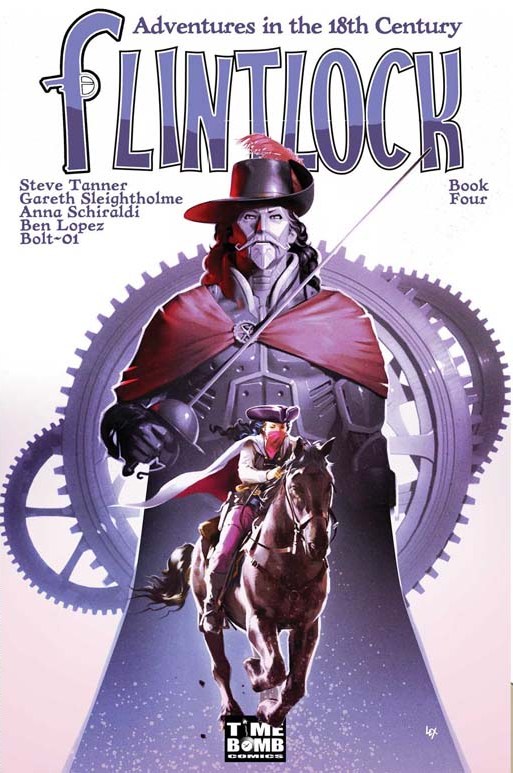 The unique and critically acclaimed anthology series set entirely in the 18th Century continues! Each issue of Flintlock contains at least three stories, each set in a different decade in the 18th Century but all taking place in a shared historical timeline. Ride the highways with Lady Flintlock! Capers with Molly and The Trickster Thief! Murder mystery with Sparrowhawk! Price includes UK postage and FREE print worth £6. 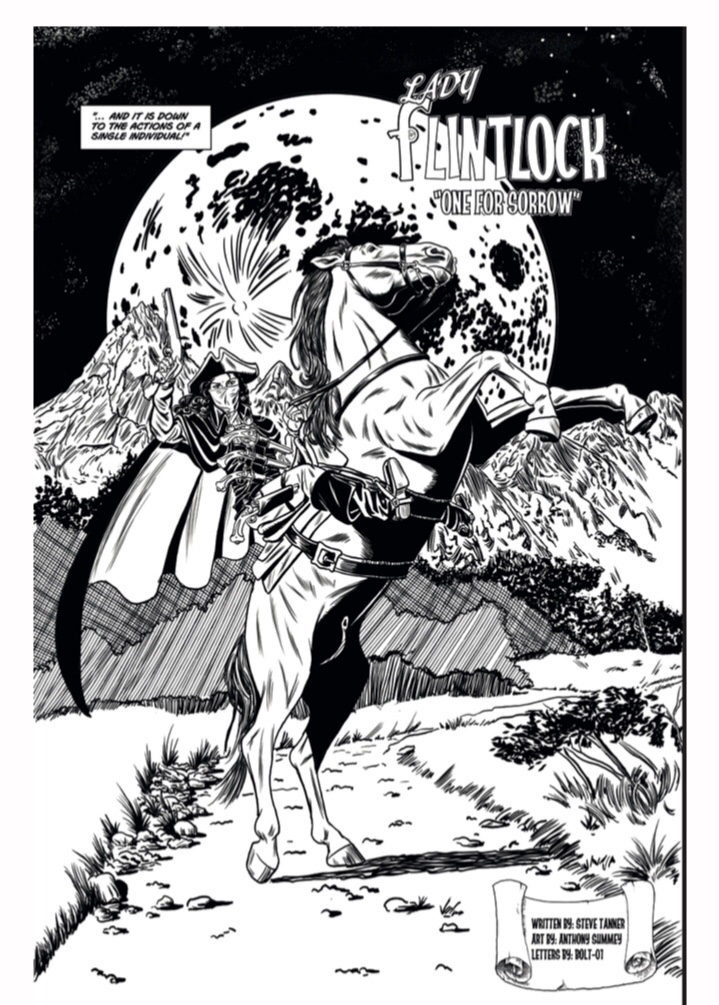 Flintlock Special - A Comic Scene shop exclusive! Get issues 1 - 4 of Flintlock in a catch up bundle! Price includes UK postage and FREE print worth £6. 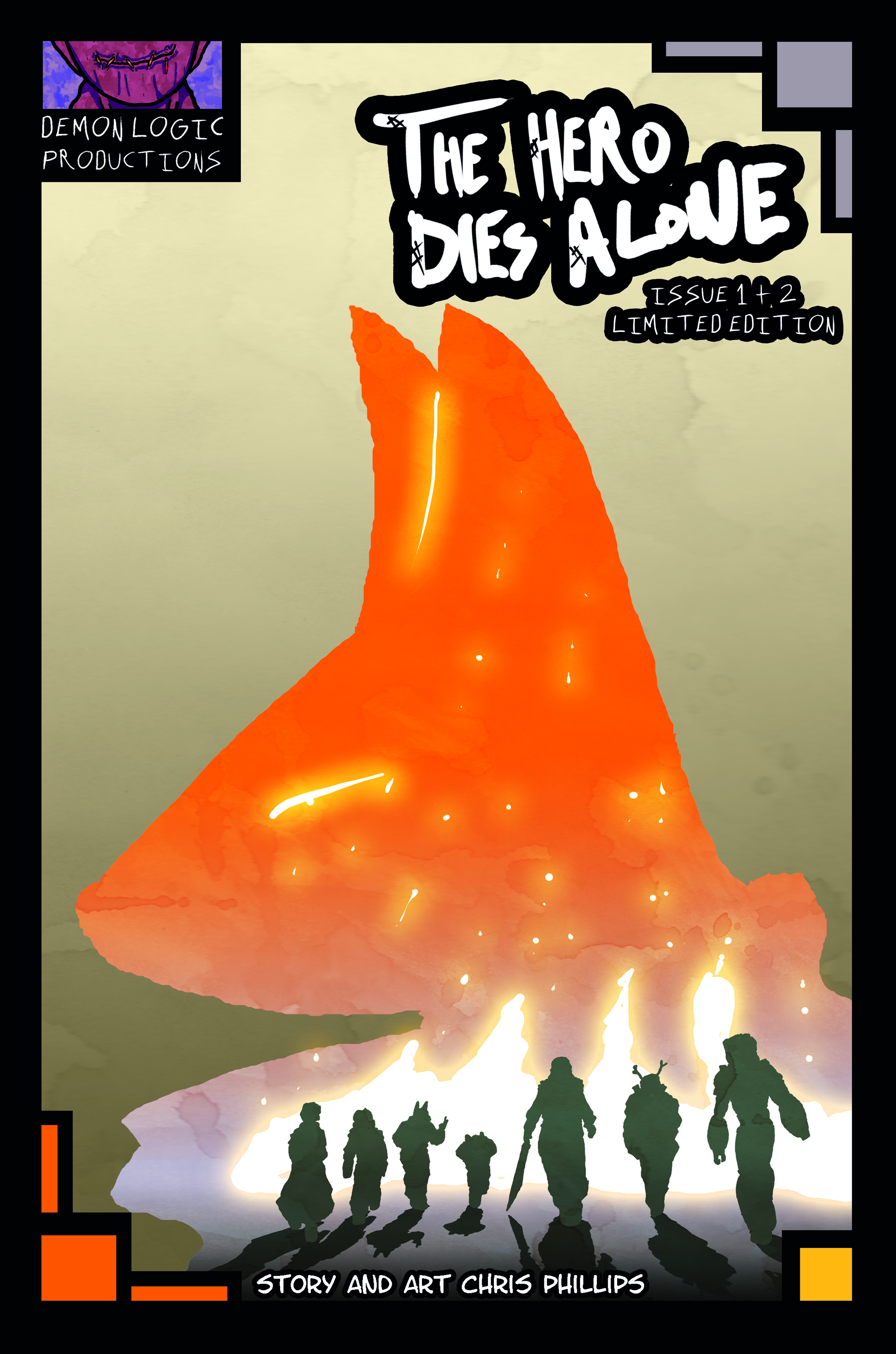 A war raged between the 12 houses until one man came up with a solution, the White Mage House needed to die. Now 22 years later a mysterious group have started kidnapping young women with a certain "gift" they thought the war had long left behind. Join Vermin the swordsman with a dark past and Rand a young gunslinger as they set off in pursuit of Harmonica, one of the kidnapped women who may very well be the last white Mage.... Created by Edinburgh based comic publisher Demon Logic Productions The Hero Dies Alone is a brand new ongoing series inspired by the creators love of JPRG`s. 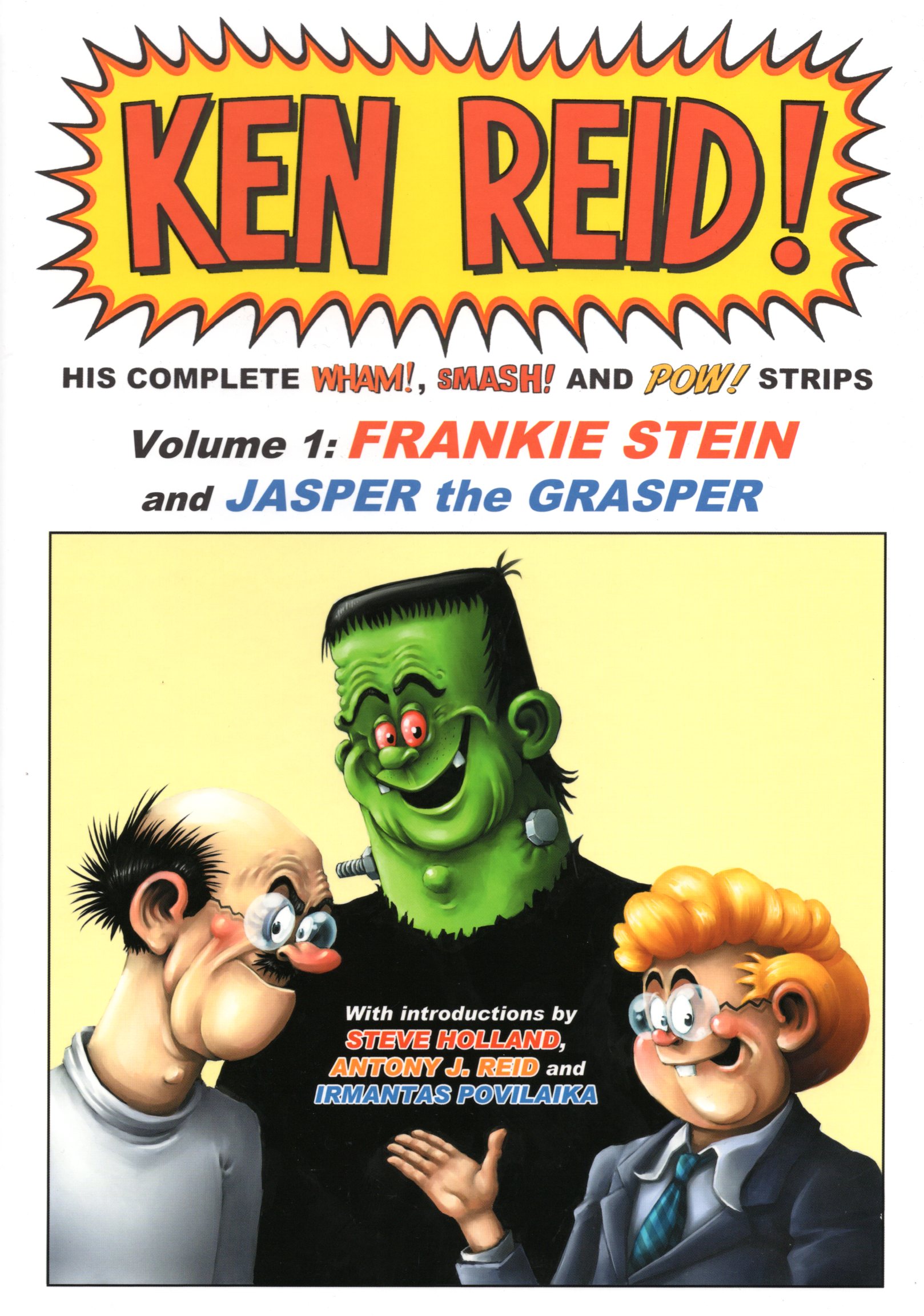 The Power of Ken Reid Volume 1

The hard-cover 208-page volume is the complete collection of the strips by Britain's legendary cartoonist Ken Reid in WHAM! comic published by Odhams Press in the mid-60s: Frankie Stein from the weeklies and the annuals, and Jasper the Grasper from the weeklies. Introductions by Steve Holland and Antony J. Reid. Includes Part 1 of an illustrated biography of Ken Reid – his Odhams years, plus a selection of reproductions of Frankie Stein sketches, drawings and hand-written scripts. £1 donation to the Cartoon Museum in London. 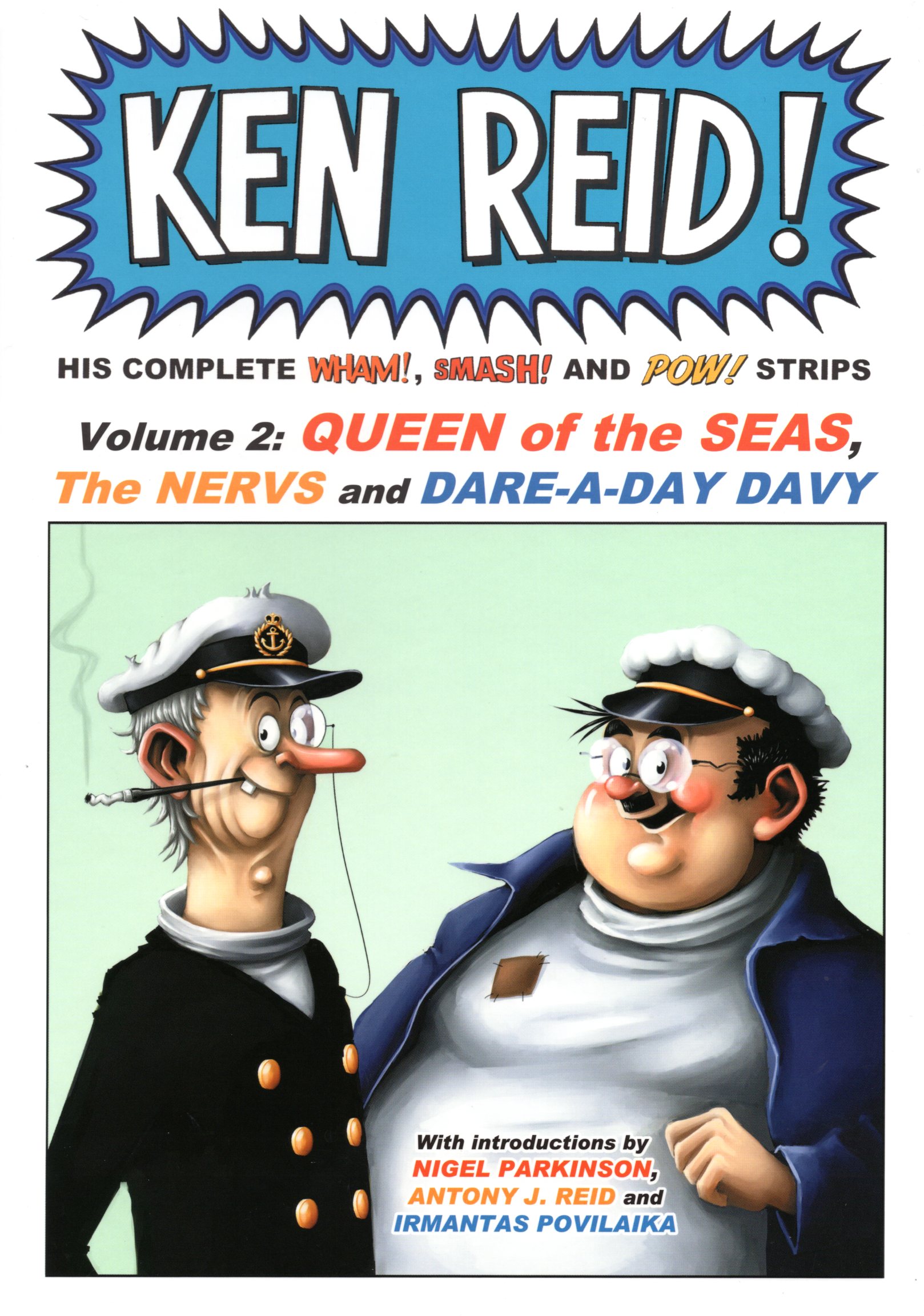 The Power of Ken Reid Volume 2

The hard-cover 208-page volume is the complete collection of the strips by Britain's legendary cartoonist Ken Reid in SMASH! and POW! comics published by Odhams Press in the mid- to the late-60s: Queen of the Seas and The Nervs from SMASH! weeklies, and Dare-A-Day Davy from POW! weeklies, including the banned Frankenstein episode. Introductions Nigel Parkinson and Antony J. Reid. Includes Part 2 of an illustrated biography of Ken Reid – his Odhams years. 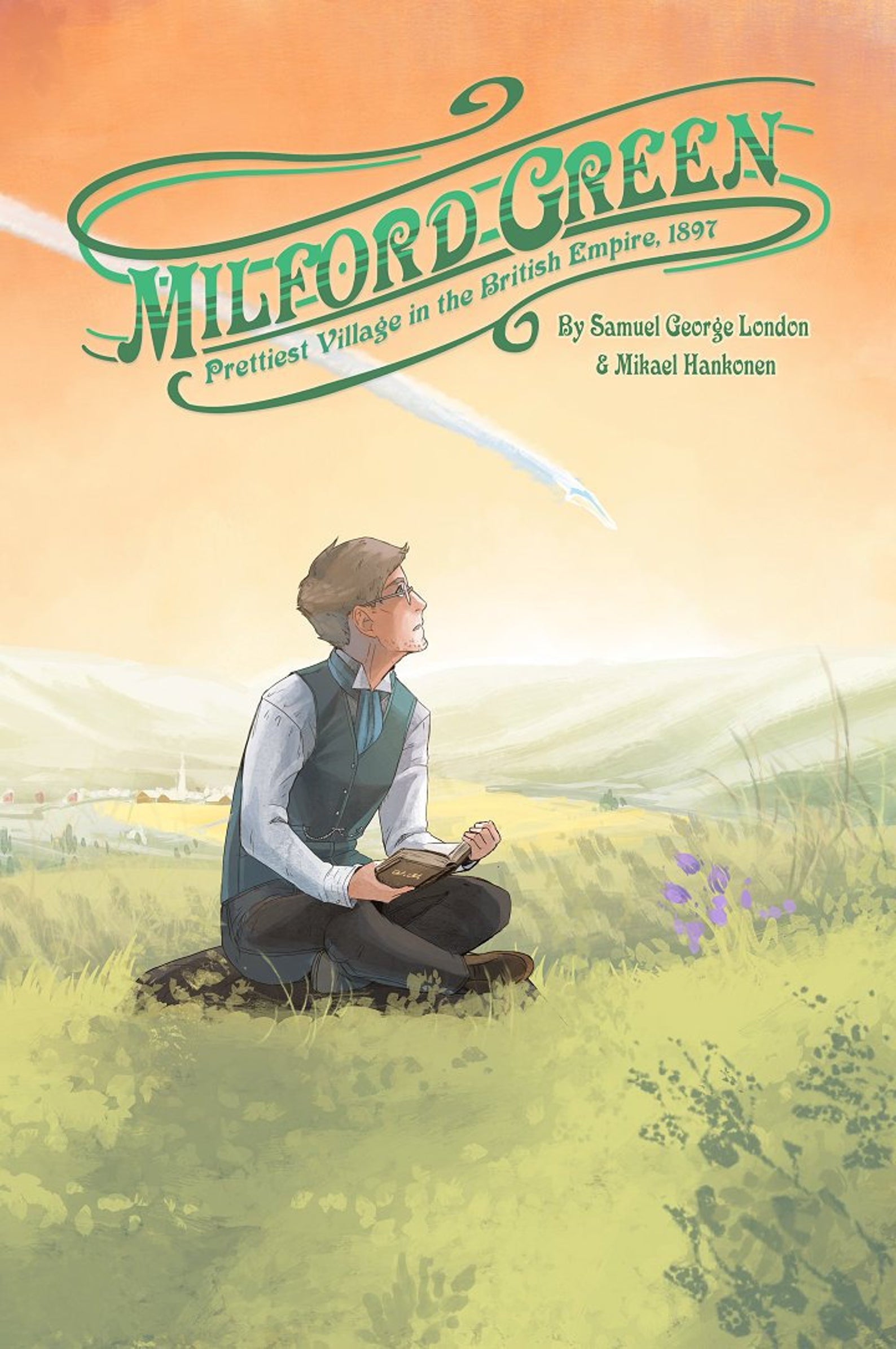 A 52 page Victorian alien adventure comic. Apart from winning "Prettiest Village in the British Empire, 1897" Milford Green is a normal village in the rolling hills of southern England. That is, until one summer's evening, when Alfie Fairfield, a socially awkward inventor, sees some kind of flying vehicle shoot across the sky and crash land into a field. Being a curious fellow who is interested in any type of machinery. Alfie investigates to find out that we are not alone in this Universe. Milford Green is the complete one-shot story of what happened on that night in 1897. Price includes postage to UK only. 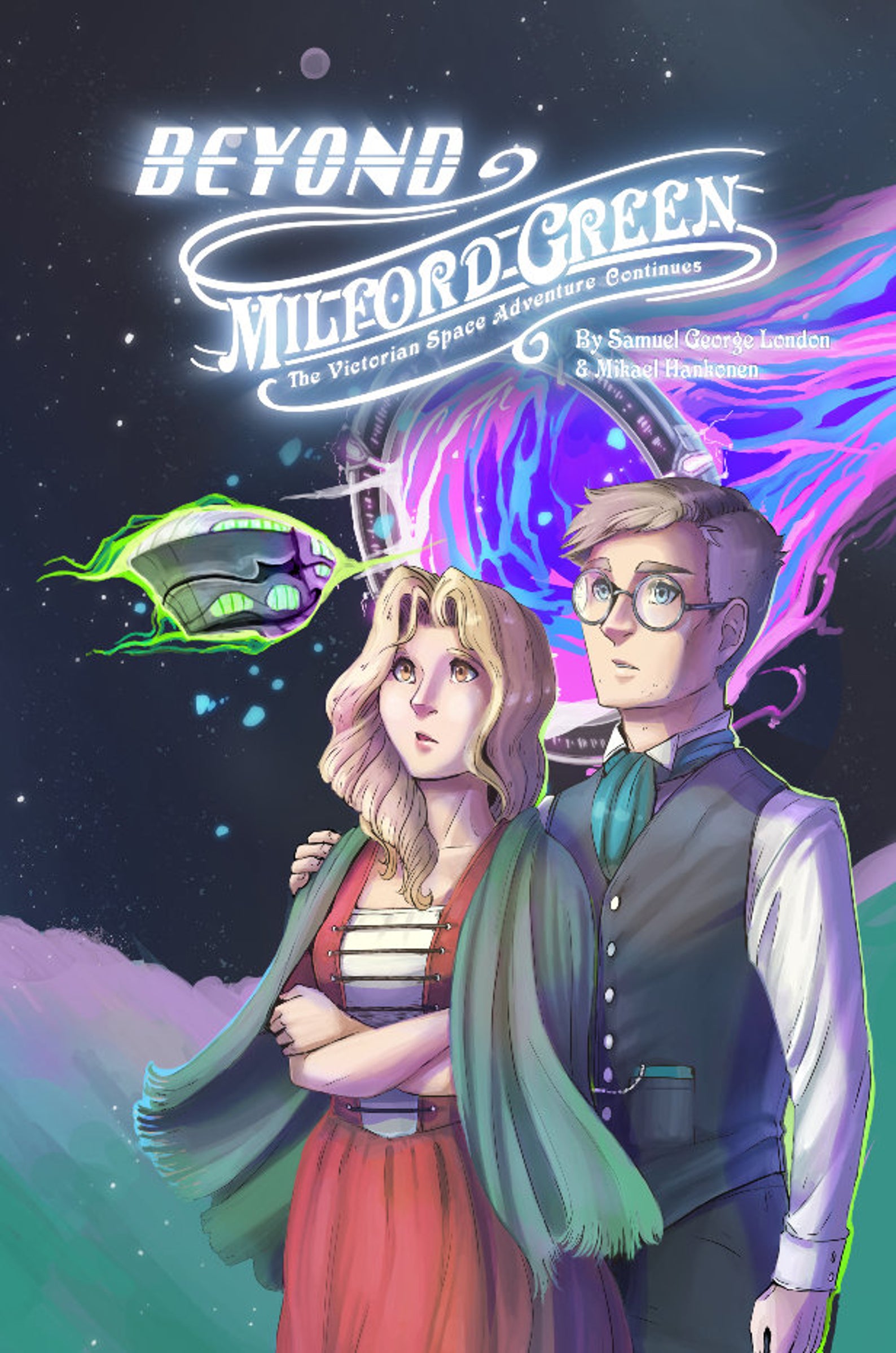 After the events of Milford Green, Victorian villagers Alfie and Mary find themselves in a spaceship heading to the United Galactic Alliance. When they arrive, the president of the U.G.A. asks them to go on a peace negotiation mission with the evil Cinux, which will decide the fate of the galaxy. Will there be peace... or war? 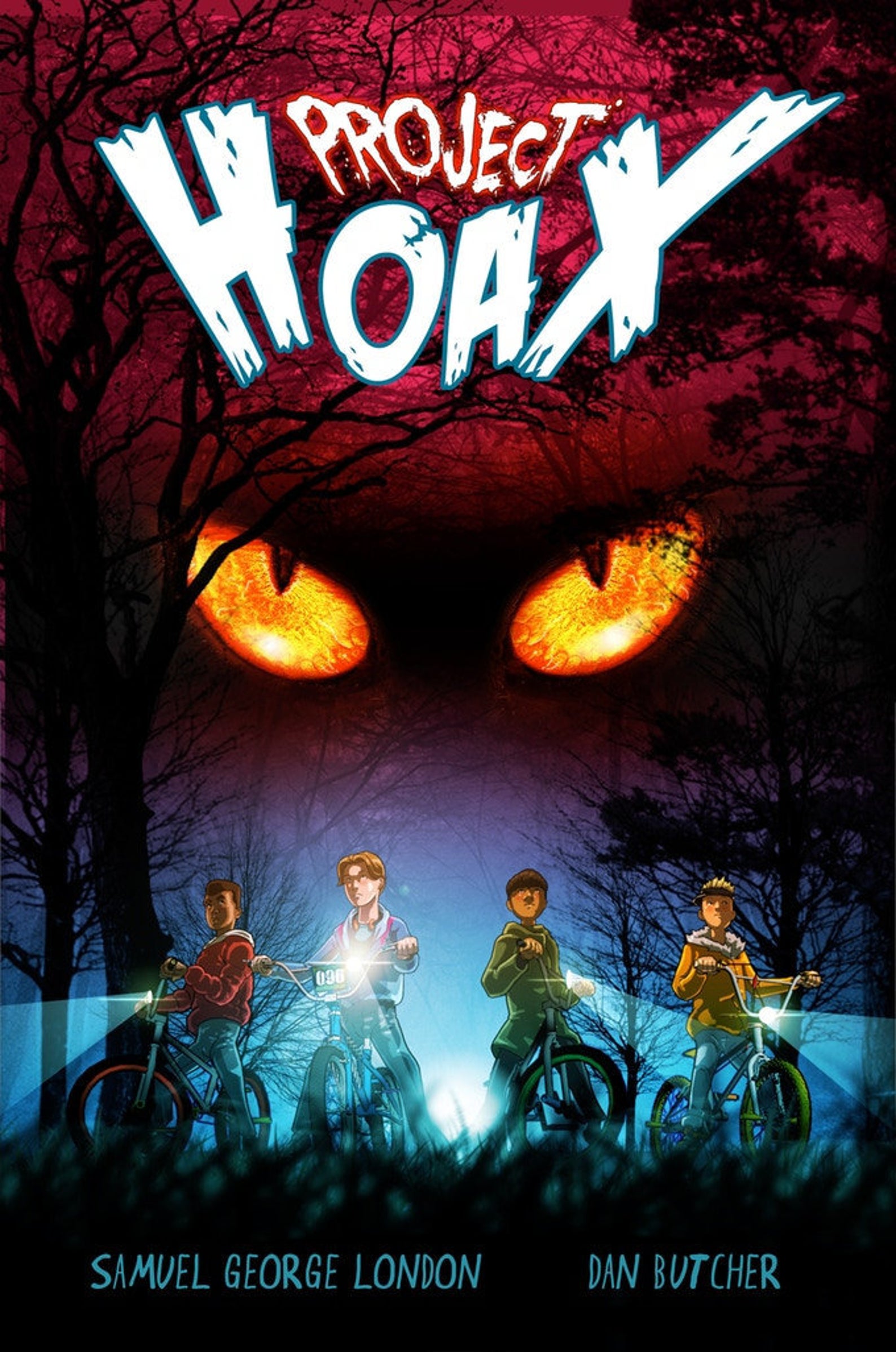 In 1994, a group of school kids stage a monster hoax to get their own back on the local bully, but get more than they bargained for. By Samuel George London and Dan Butcher 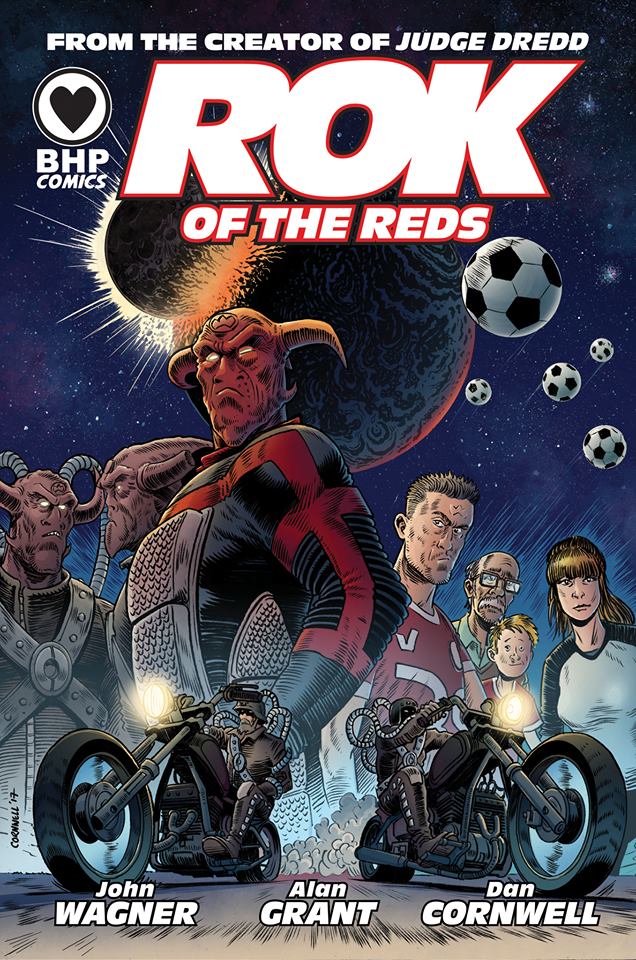 Rok of the Reds

Collects all 6 issues of Rok of the Reds 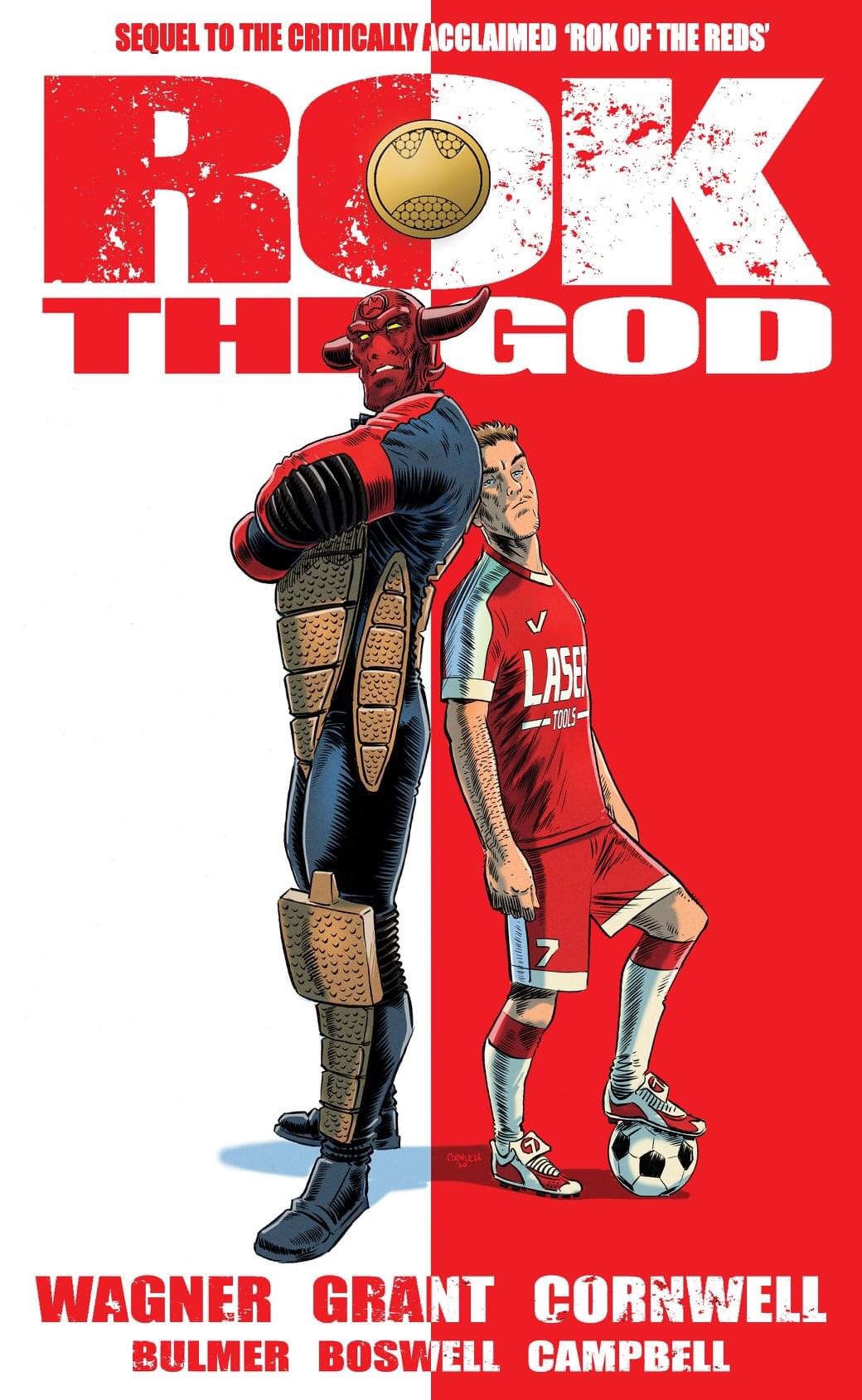 Sequel to the thrilling first series 'Rok of the Reds', 'Rok the God' continues. Tremble before the all-powerful GODSTONE! Rage at the EVIL of Reds’ new owner! Fear the MURDEROUS SKREL! Available to pre-order, ready for shipping August 2020. 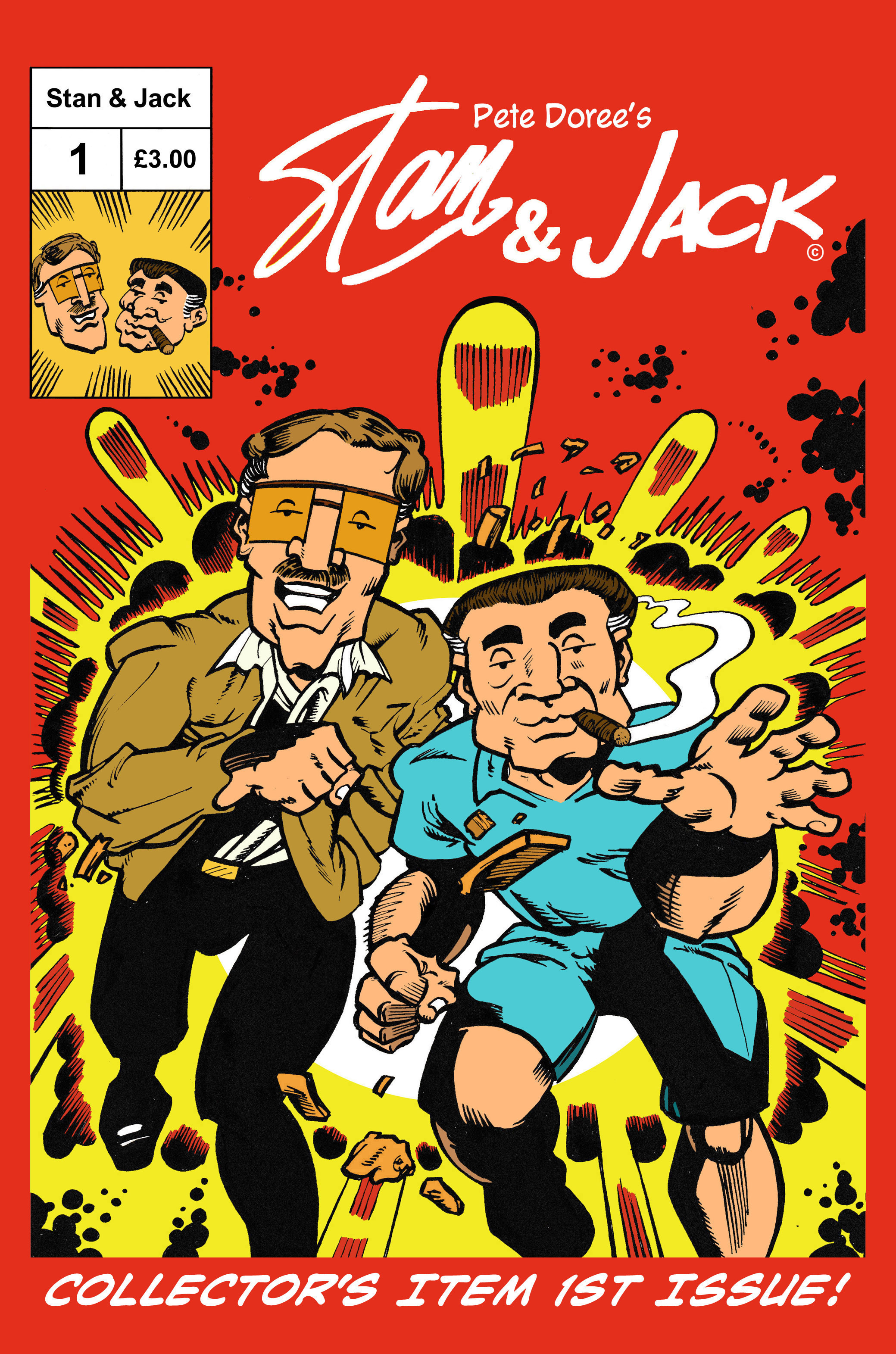 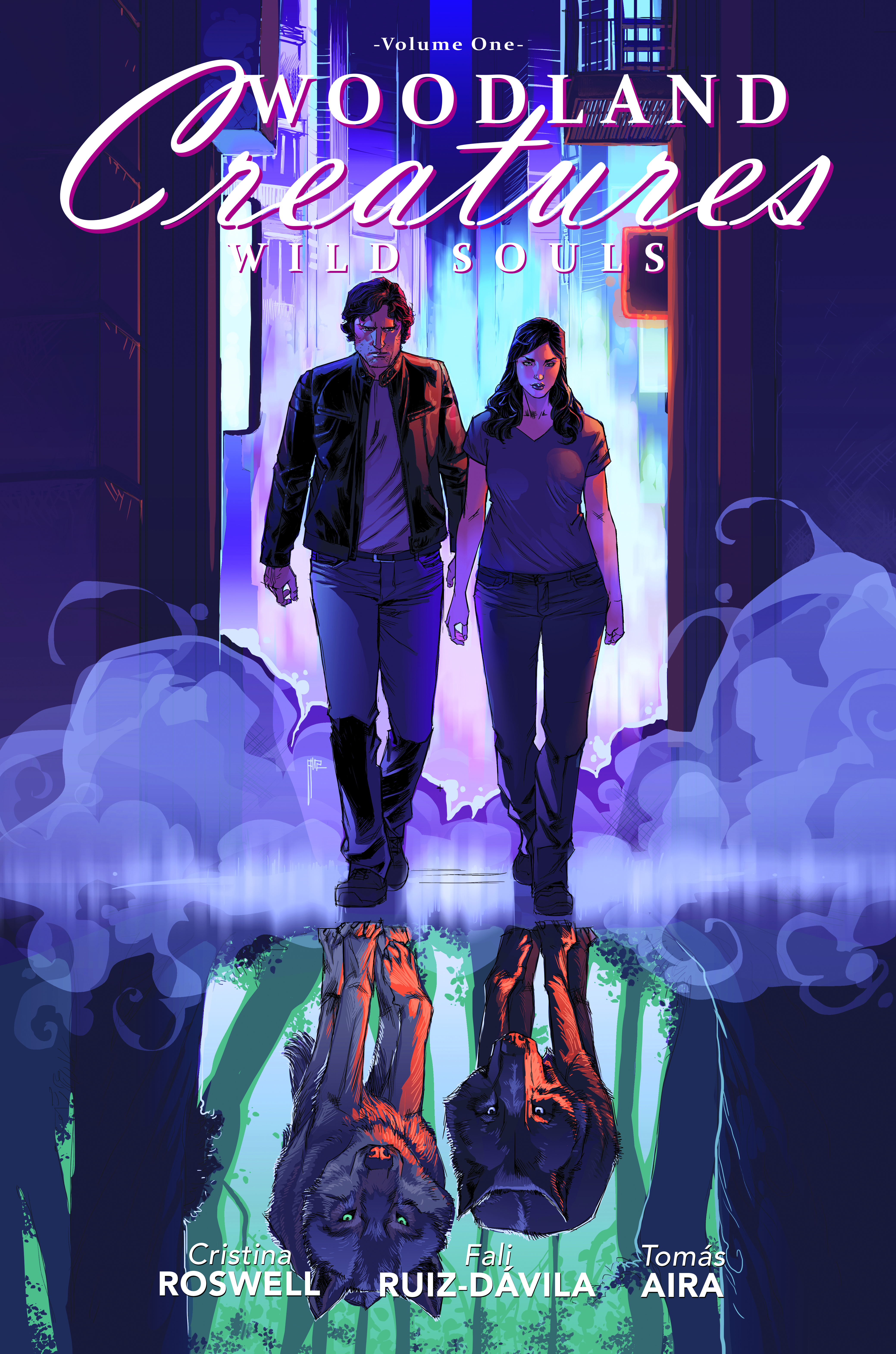 Callie, a murdering sociopath who's mind and soul linked to a wolf, and her boyfriend Chris, a PTSD suffering soldier, must stop the US army from weaponizing their kind. 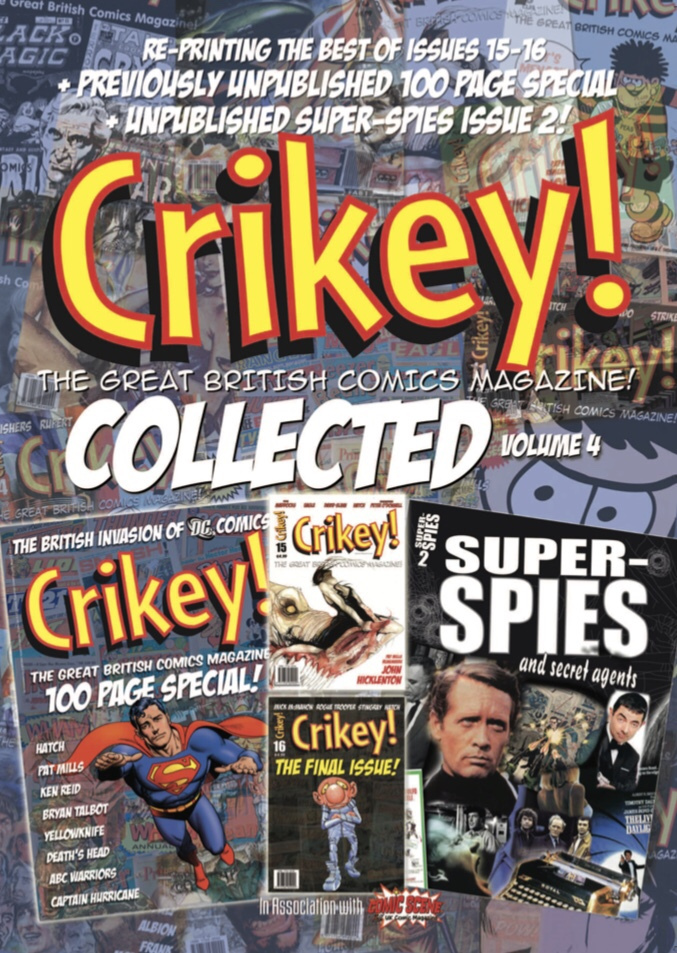 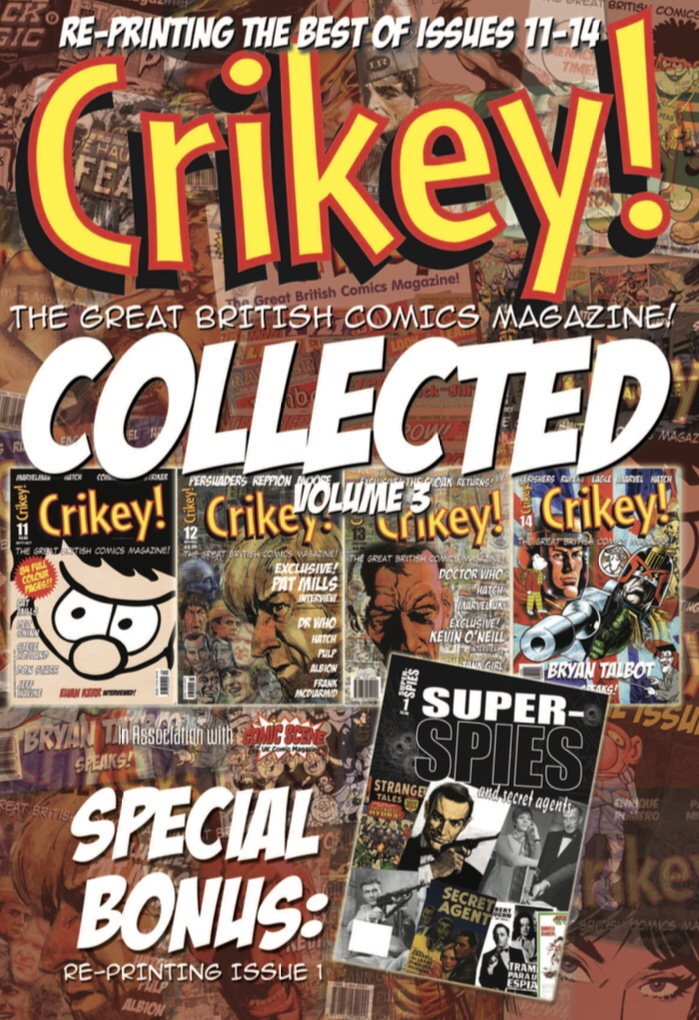 Subscribe to the History of Comics – pay monthly option 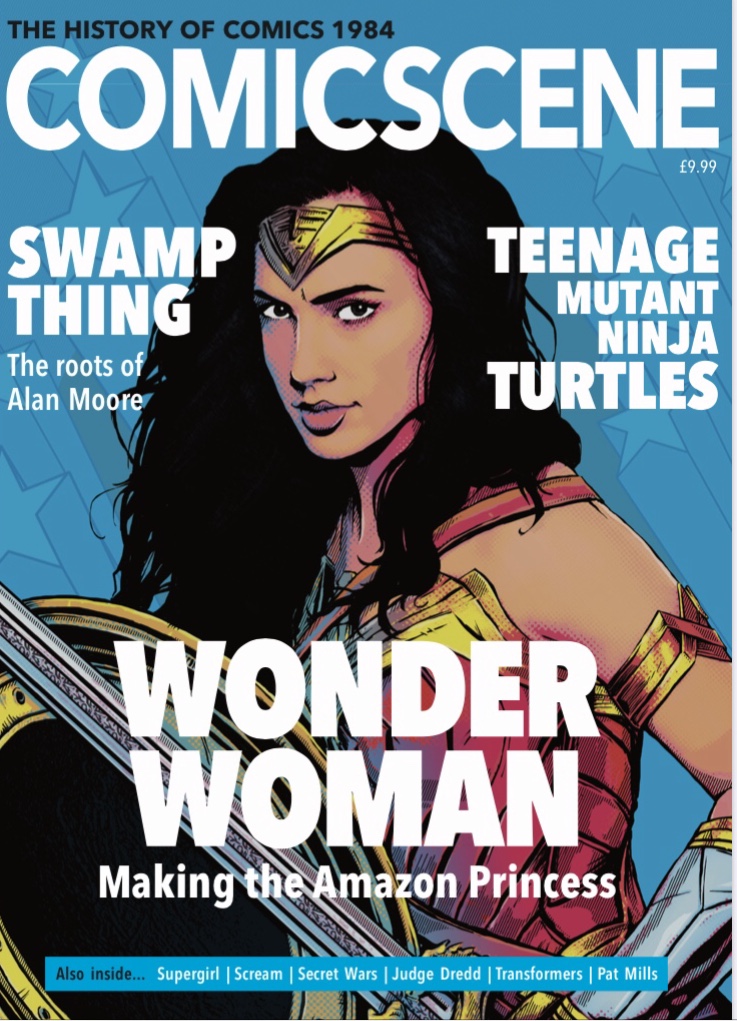 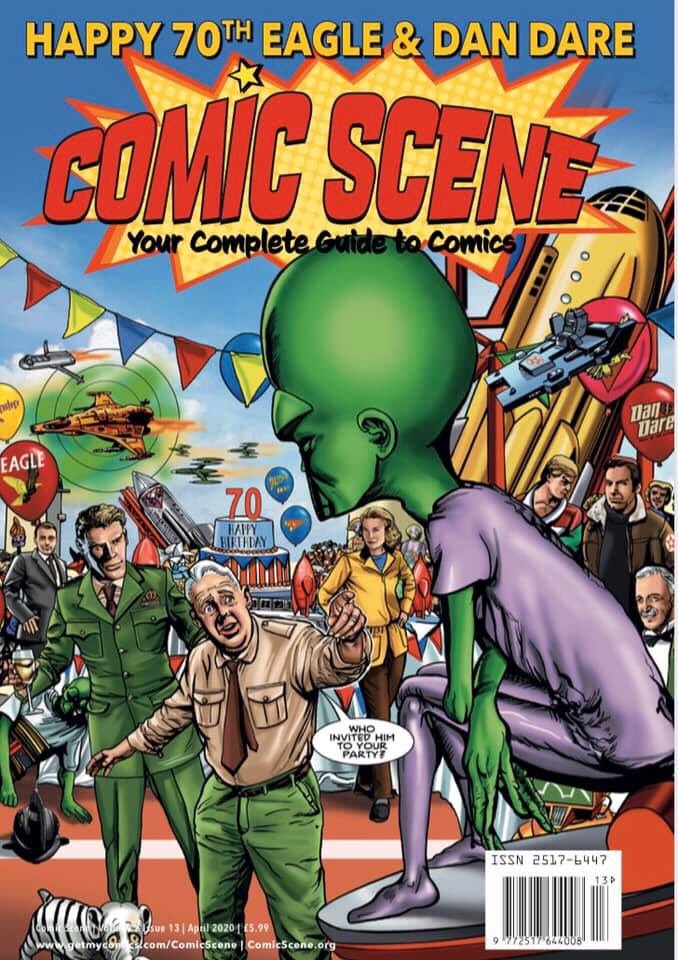