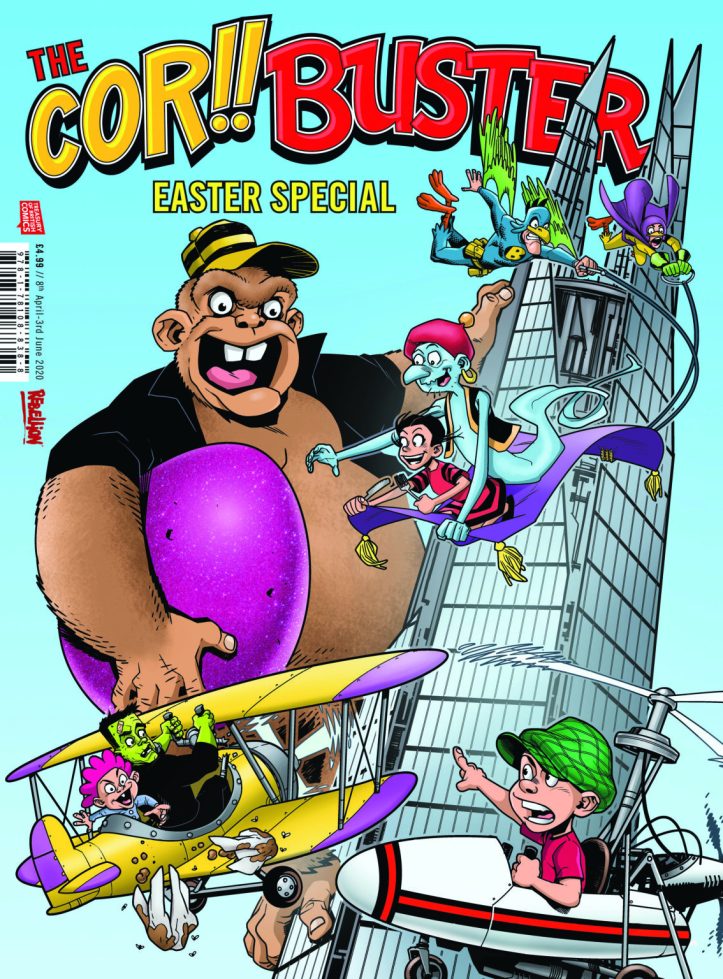 The biggest and brightest humour comic in Britain is back for another 48-page special! A smash hit with kids, the Cor!! Buster Easter Special brings together two of Britain’s most beloved humour comics for 48 pages of belly laughs and silly japes from some of the best creators around, including Lew Stringer and John Freeman on Buster and Delbert, Sweeny Toddler and Gah! by Tom Paterson, Grimly Feendish by Ned Hartley and Tom Paterson, Frankie Stein by Cavan Scott and Steve Mannion, Daisy Jones’ Locket by Olivia Hicks and Shelli Paroline, Birdman and Chicken by Edward Whatley, Swines of Anarchy by Lee Langford and Pye Parr, Faceache by Matt Smith and John Lucas, Gums by Lizzie Boyle and Abigail Ryder, Deadly Hedley by Paul Goodenough and Rositsa Vangelova, Kid Kong by Alec Worley and Tiernen Travallion, and Duck Turpin by Robin Etherington and David Follett.

It’s out April 8th (and ComicScene Issue 13, celebrating 70 years of Dan Dare and the Eagle, will be out the day before so two Easter treats to pick up!) 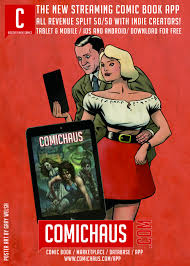