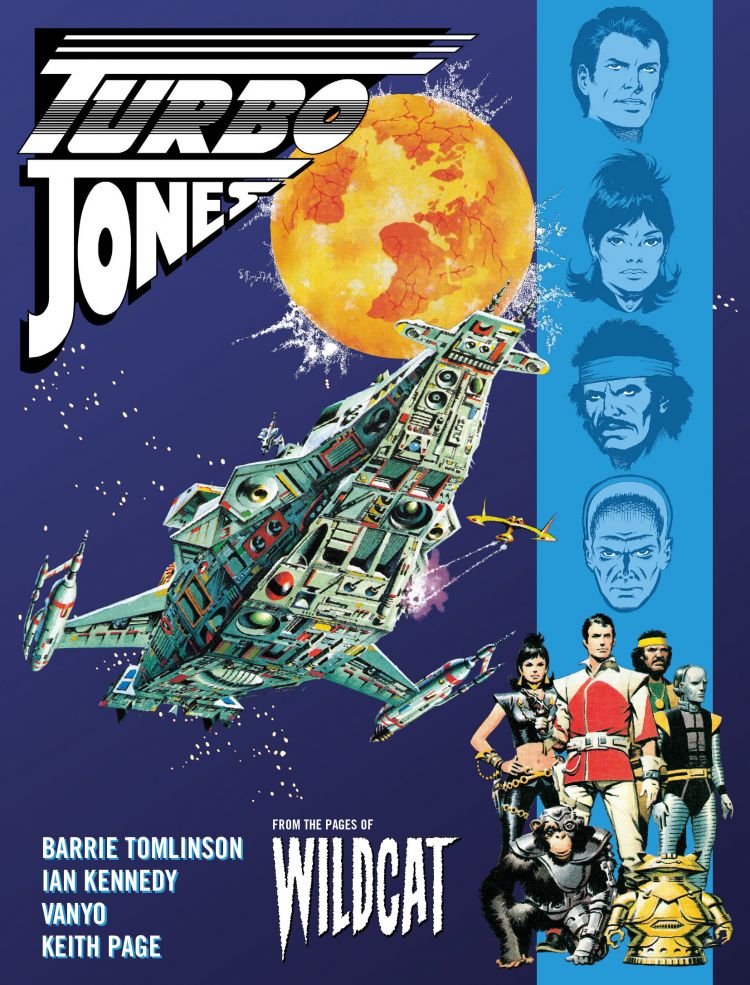 Predicting the destruction of our planet, Turbo Jones, Professor of Earth History, built a colony ship to search the stars for a new home. Now on board “The Wildcat” with his trusty crew, they have finally found a planet suitable for a colony. Four exploration teams are sent to the surface to scout…

Turbo Jones and his exploration party are soon captured and caught in a conflict between two alien races. His ingenuity saved him from the destruction of the Earth, but can it save him from the invading Arglon’s dinosaur army?

Writer Barrie Tomlinson features Turbo Jones and Wildcat in his Perfect Annual in the latest issue of ComicScene Magazine, on sale now in newsagents, comic shops and online at http://www.comicscene.tictail.com