You could win copies of the 2000AD Batman Judge Dredd digest, Royal Wedding Beano, Titan Comics Dan Dare issue 1, Titan Comics The Prisoner issue 1, 6 John Wagner signed copies of Rok of the Reds, 2000AD Free Comic Day comic and ComicScene UK, Doctor Who comic and graphic novel, Tank Girl In colour collection, 1st issue of Flintlock and a collection of Roy of the Rovers 80’s comics. All competition prizes will be up by Thursday 24th May for you to like, share or retweet up to 31st May to be in the draw to win.

Most of the comics are featured in the new ComicScene UK magazine which you can purchase on comic shops throughout the U.K. , subscribe by mail order or buy digitally online.

Launched on 1st May ComicScene UK Issue 0 is still available to purchase – details can be found at http://www.comicscene.org 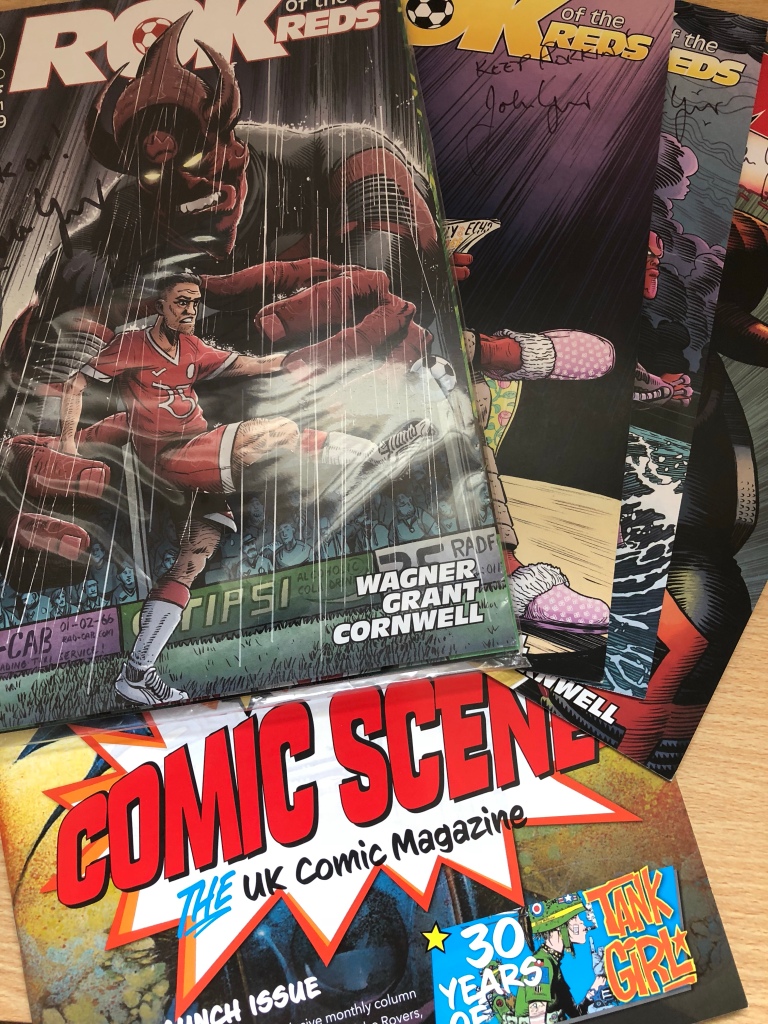 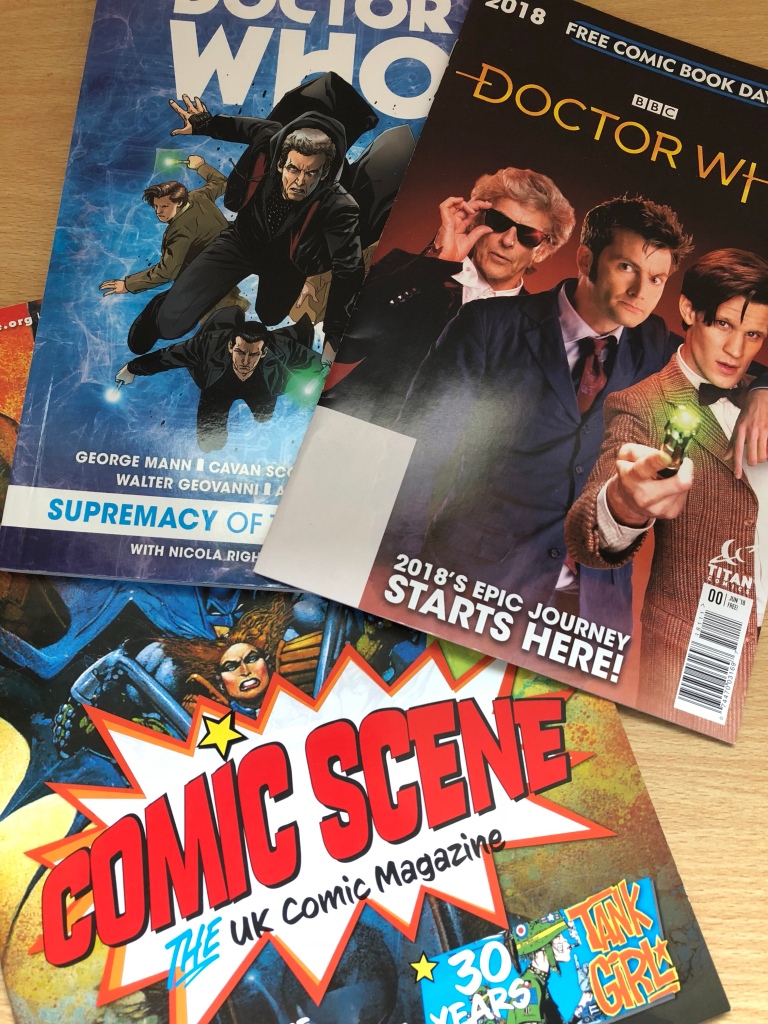 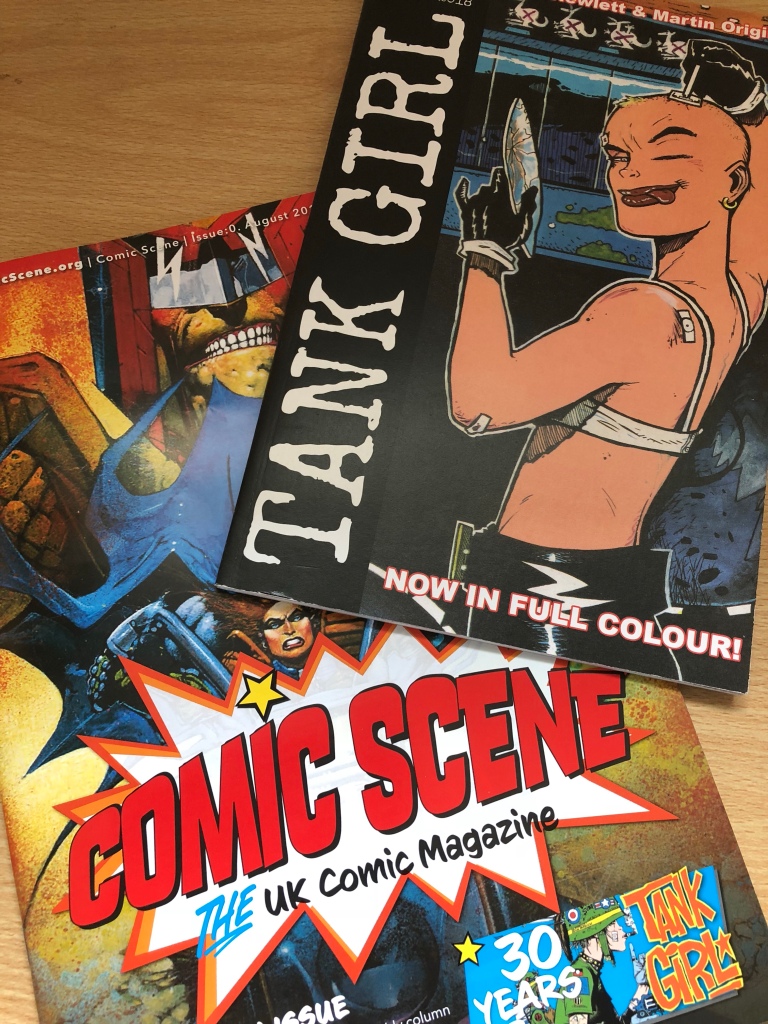