Periodically, alien editor Tharg hands over control to his nephew Joko Jargo, who suspends regular content for material that is aimed at “all ages”. This is the second” Regened” issue of 2000Ad this year  Clearly, Rebellion feel they are onto a winner as there are another 2 to follow in 2021.

“Cadet Dredd”, starts the package off well. Jake Lynch’s strong McMahon / Kennedy / Bleach visuals are distinctive and he’s developing into a Dredd great. Storywise it’s another flashback to Joe and Rico’s cadet days and another snapshot of their relationship, with a previously  unseen wrinkle. Continuity is a bit up the spout with latter era helmets and a reference to “internal affairs”? Another often repeated quirk is “Rico” being emblazoned on the titular clone brother’s shield as against ”Dredd”,  or does he have special dispensation to use his forename? Admittedly, having them both badged as Dredd would cause all sorts of reader confusion. Other than those little anomalies, this is a good 12 pager from scripter Liam Johnson and we don’t see enough of Lynch.

“Future Shock” :  “Space Expectations”, sadly, isn’t particularly shocking. Social media is a common theme in “Future Shocks” of late, whereas the human race is a bit rubbish is as old as the “Future Shock” concept. “Future Shocks” succeed when there is a significant twist and sadly Colin Harvey’s script fails to deliver. Tom Newell’s chunky art is bold and nicely coloured by John Charles. 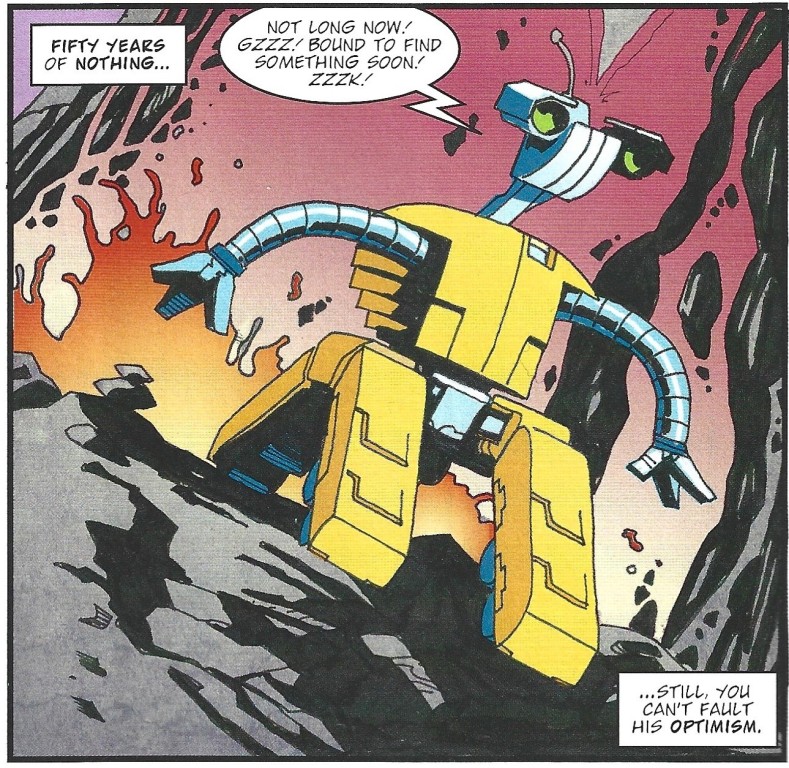 “Anderson Psi  Division” by  Cavan Scott and Paul Davidson, colours by Matt Soffe, follows on from the last “Regened” issue the 3 month old 2220 Cass’ and a cadet experience a close encounter of the third kind. Anderson has been a difficult character to write since Alan Grant took her as far as she could go over 20 years ago and kind of painted her into a corner. Admittedly, this all ages version wouldn’t really need to pay heed to that continuity, but part of the appeal of Anderson was that Grant had developed her into this living breathing person and this strips all that away, and just makes her a judge with superpowers.

Brett Parson’s art on “Pandora  Perfect” feels like a throwback to Deadline(that’s a compliment), lovely clean cartoony lines with an edge to it, like a 21st century Phillip Bond, give him a comedy strip ala “Sooner or Later” or “Hewligan’s Haircut” Roger Langridge’s tale of a nefarious hi tech “Mary Poppins” is fun, but it doesn’t feel like a 2000AD strip.

“Department K” is sub division of Justice Department’s Tech division. This is the one strip that is continuing into the Prog “proper” from this issue. It’s a strip about quirky, nerdy dimension hopping, Judges.  Bringing the cosmic to MC1, one of the characters is even named “Kirby” for Grud’s sake. Again, perhaps it suffers from the lack of grittiness of the regular strip, but to be fair this isn’t aimed at middle aged, mid life crisis experiencing balding men. 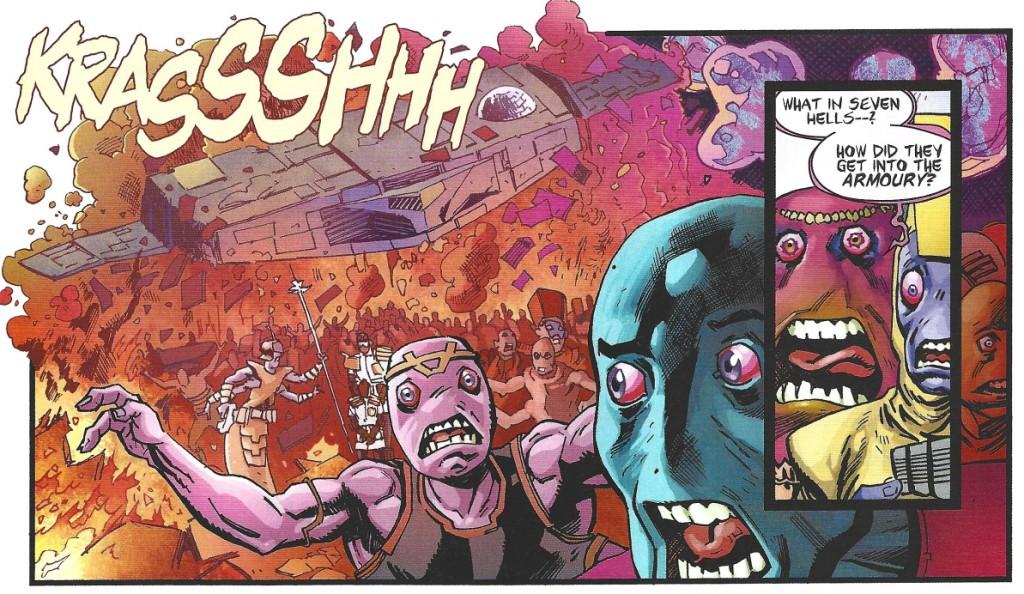 One of 2000AD ‘s strengths is that it’s a broad church of genres and styles. The “Regened” concept may be taking this to the limit. It’s generally agreed that comics shouldn’t be the purview and the sole stamping ground  of middle aged men , and there is a need to attract younger generations to allow the medium to survive and thrive.

But past generations were brought up on things that were far grittier than what is presented here, which is essentially sci fi Buster. It’s all well written, beautifully drawn, but tries to satisfy everyone and thereby may not satisfy anyone. It’s just all a bit safe and nice. The young, potential comic fan, that Rebellion are aiming this at are exposed to media far less sanitised than this. It lacks the edginess and attitude of the 70s and 80s 2000AD that was aimed at young teenagers. The aims are laudable, readership is getting older, tastes are changing, comics are , arguably, less appealing to successive generations, the development of intellectual property means that characters have a far greater reach and are far more recognisable, having grown out of their origin in comics and in so doing may make them redundant. Perhaps the secret ingredient to get the younger generation into comics that aren’t licensed or aren’t used as an attachment for a toy is elusive. “Regened” as concept is sound, but it still needs work.

You get exclusive access to ComicScene+ 2022 - 40 Digital Comics Online, 3000+ pages worth £400 here . All we ask for is a donation. Your donation also helps raise money for a cancer support charity and supports the creators who share their comics. This is now password protected - you get the password when you donate. The average donation has been £20 but you can donate what you like. Thousands of pages of comics and features. Thank you for your support.

Join 2,368 other followers
Tweets by ComicSceneNews