I’m not sure if Rebellion feel my pain.

Before Covid 19 hit ComicScene had been approached about distribution across comic shops in America. This was on the back of reasonable sales in Barnes & Noble. It was a thrill to know, especially as we cover U.K. comics like 2000AD and the Treasury imprint and were also sharing work from many U.K. creators on the indie scene too. Perhaps we’d continue to generate our own little bit of interest in the comics we love to even more people.

All that is up in the air now. While we muddle along doing our thing without any major investment 2000AD looked like they had their ducks all lined up in a row. There was to be a major assault on the US which might just work for them and potential hit properties like Judge Dredd and Rogue Trooper.

‘The Best of 2000AD’ looked well cool. Not only could it have appeal in America but oodles of U.K. fans would lap it up. Even lapsed 2000AD readers like myself looking for a way to revisit the best bits of the Prog over the last thirty years or so. The comic had a great look, superb covers, strong line up and a buzz about it. Not only that but there was a Free Comic Book Day edition that was on the hit list for early May.

Well that Free Comic Book Day Issue has arrived. Sadly not with a bang but a whimper. But if you can get your hands on a copy do so. It’s quite brilliant, on a par with Rebellions other great ‘Smash’ anthology this year.

Judge Dredd by Al Ewing and Erica Henderson in Democracy Soon is Mega City One and it’s dark humour best. Rogue Trooper by Gordon Rennie and Richard Elson is classic future war. Judge Anderson and Durham Red both make an appearance (the Anderson story the only strip I had read before) but with the usual amazing art from Arthur Ranson and the great Carlos Ezquerra. Cover is by Glenn Fabry.

No word on when the Best of 2000AD will finally appear and with the impacts of Covid-19 to be felt for some time to come who knows? Rebellion, I feel your pain.

If your interested in anthology comics check out the ComicScene Annual on Kickstarter here. The Best of 2000AD is available now in comic shops. 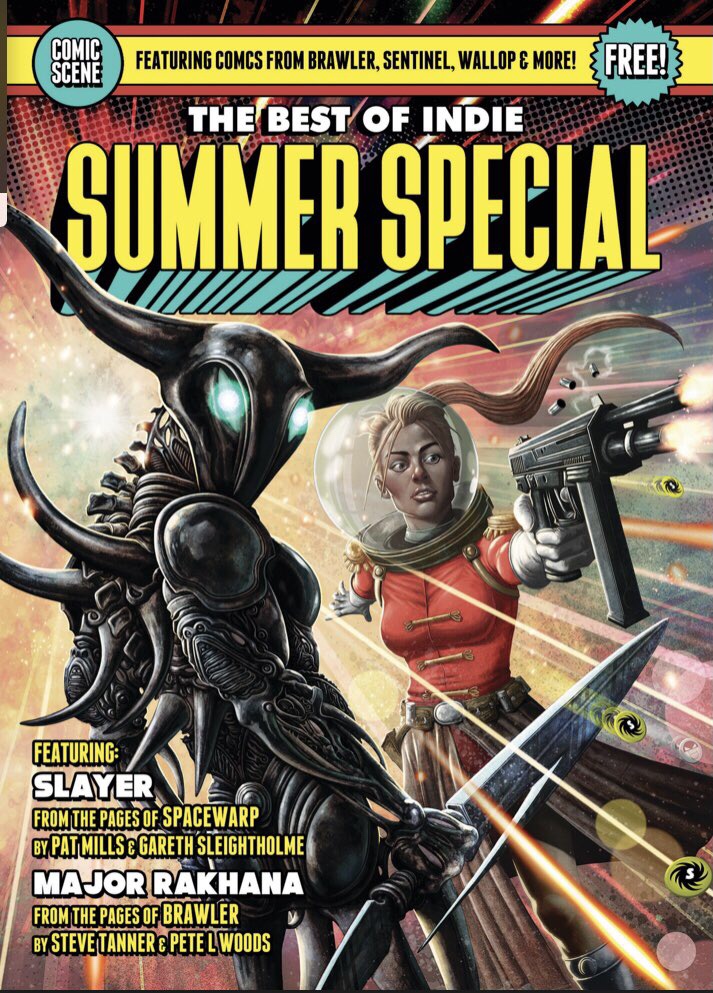