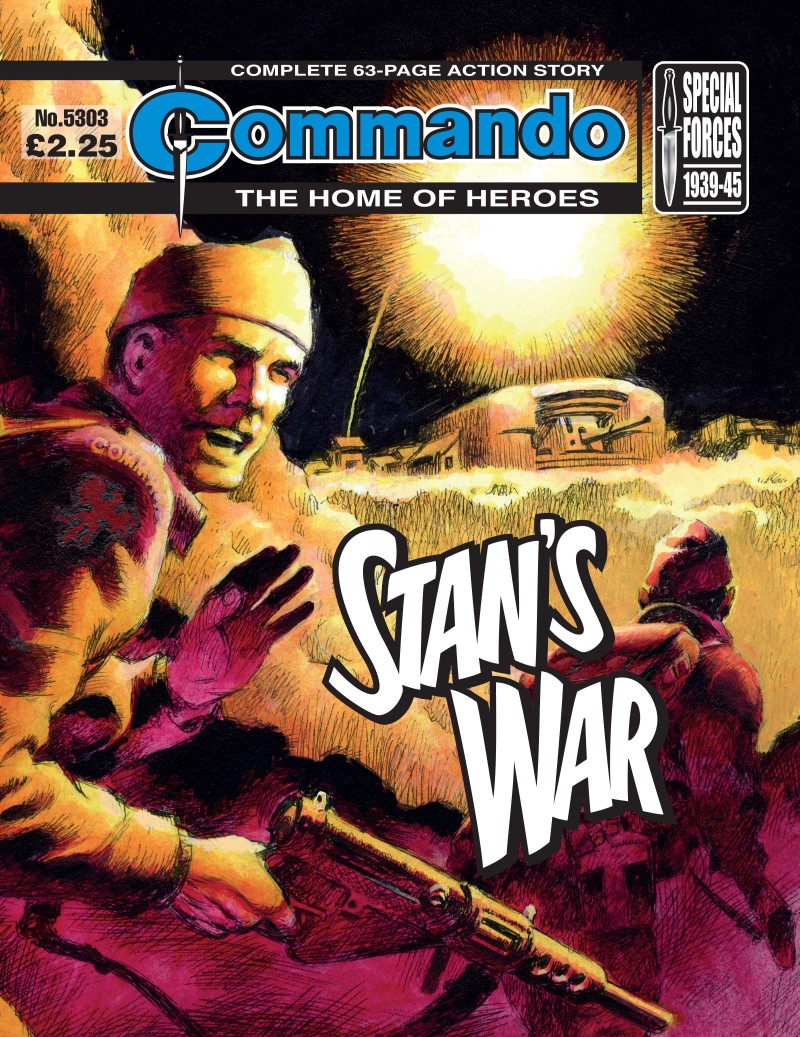 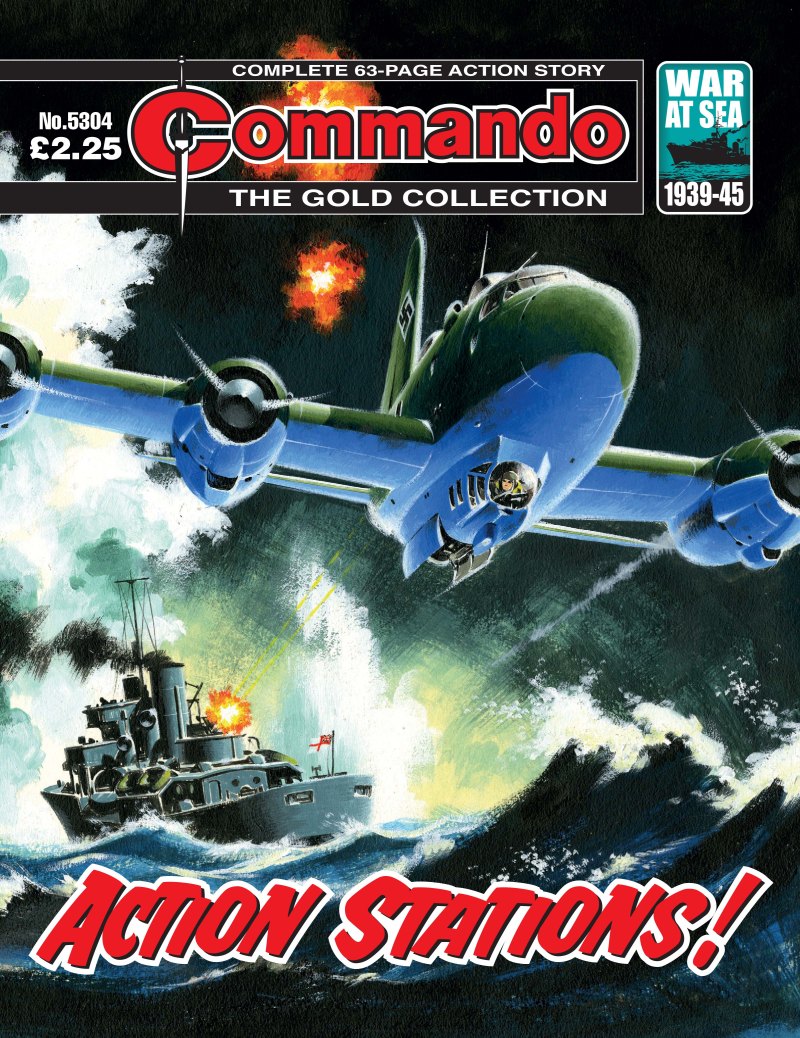 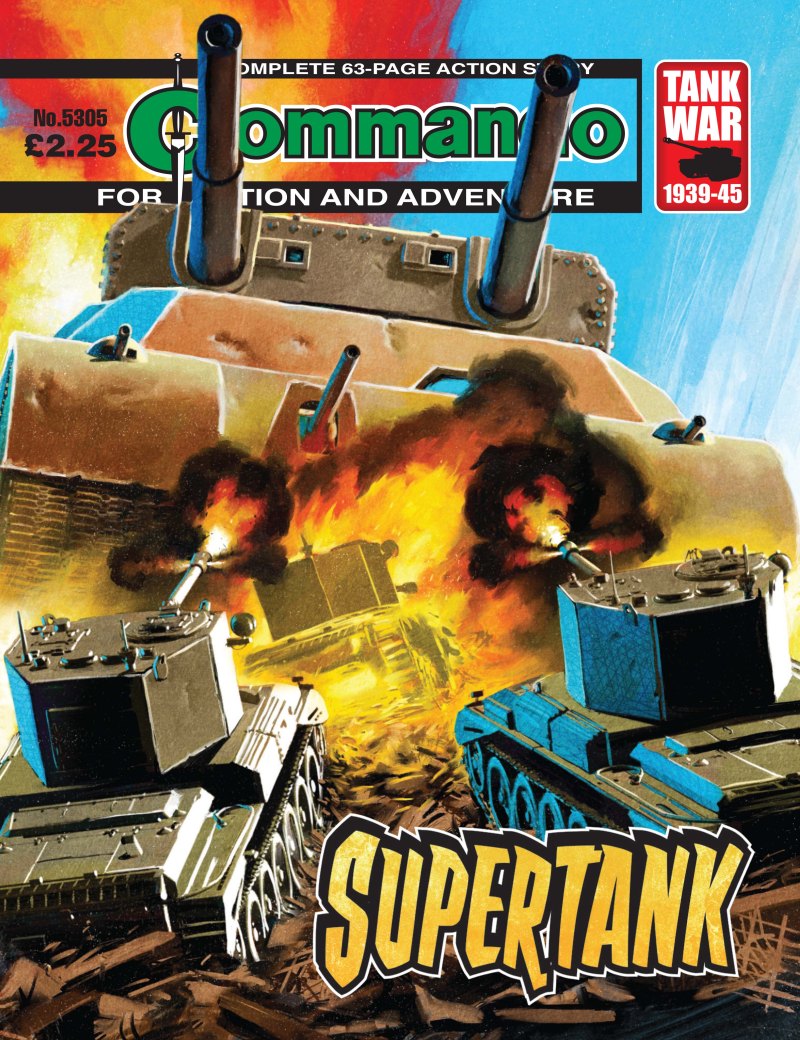 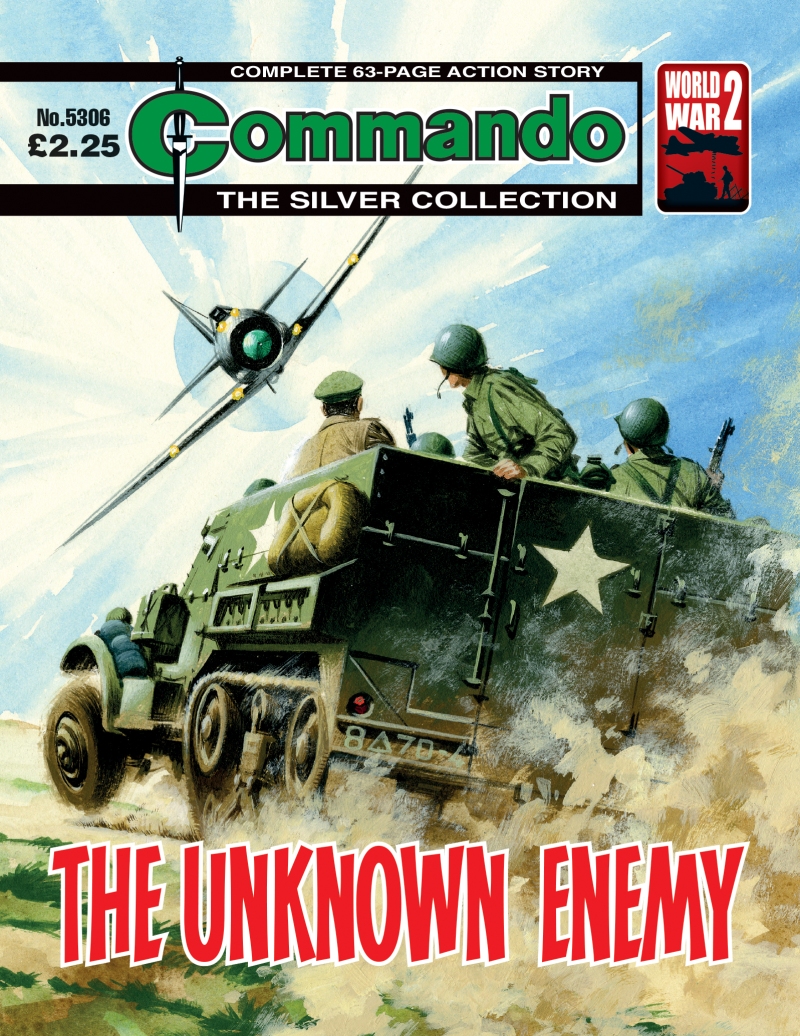 Brand-new Commando issues 5303-5306 — out soon! Featuring a triple bill of Ian Kennedy covers alongside a supersized Neil Roberts offering!
5303: Home of Heroes: Stan’s War
Former Commander Editor Calum Laird returns for his first credited, rip-roaring Commando yarn!
Stanislaw Kowalski was fighting when the Nazis invaded his Polish homeland. Determined to get back into the fight, he joined the British Army only to be caught up in training. Luckily for the Polish fighting fury, Churchill ordered the formation of a new fearsome unit we know as the Commandos!
Now if only Stan could keep his temper in check!
| Story | Calum Laird | Art | Morhain Defeo | Cover | Ian Kennedy |

5305: Action and Adventure: Supertank
They said the Landkreuzer P.1000 Ratte was never built, it was just blueprints, not even a prototype. But British tankies, Lieutenant Joseph “Bull” Bulloch, Sergeant Matt Evans and Trooper Euan McIntosh knew better! For they hadn’t just seen it, they had been inside it — and driven the monster tank into battle!
| Story | Iain McLaughlin | Art | Khato| Cover | Neil Roberts|

5306: Silver Collection: The Unknown Enemy
Lieutenant Tom Gifford was tasked with aiding and protecting Colonel Vincent Vardon, a
commander vital to the war effort. But when they’re driving through war-torn Italy a sudden rockslide strands them in enemy territory, Tom knows he’s in trouble! Then when a friendly half- track of America troops turn up, Tom thinks his luck as finally turned — or at least he did before he realises there’s something fishy going on.
| Story | Staff | Art | Philpott | Cover | Ian Kennedy |
Originally Commando No. 1496 (1981).