Here are some of the highlights!

The podcast where small press comics and beyond, make one hell of a big noise, each week Vince Hunt (The Red Mask From Mars), Dan Butcher (Vanguard) & Tony esmond (The whore chronicles) get together (usually – but not always – with a guest) to talk comics, creating and more.

SELLING: Vince & Dan will be there (Tony is off jet-setting) with  comics and artwork, and will be ready to chat all things comics with anyone who comes to the table! 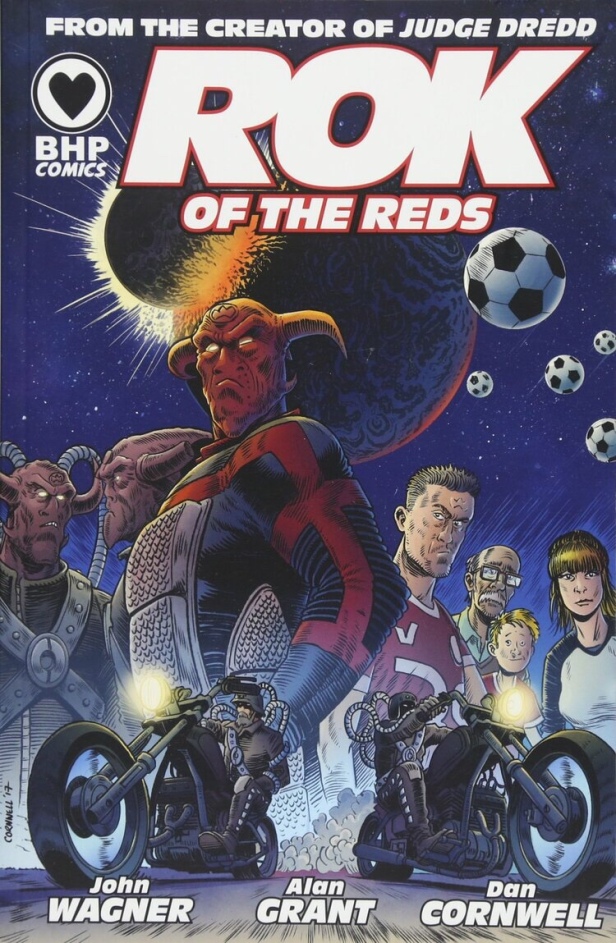 Dan’s big break came when John Wagner (2000AD Judge Dredd, Strontium Dog, Button Man) saw his work in Futurquake magazine Dogbreath and asked if he’d be interested in working on a new title, Rok of the Reds. Now working regularly on Judge Dredd and other 2000AD stories. Currently working on the recently successful Kickstarter ROK THE GOD, the hotly anticipated sequel to the hugely popular series ROK OF THE REDS.  Away from comics, Dan is also drawing the illustrations for the new Roy Of The Rovers fiction novels.

SELLING: Dan will be available for sketches on the day and he’ll have original comic pages for sale along with prints, comics and graphic novels.

Don’t forget Rok of the Reds is currently appearing in ComicScene from Issue 10. 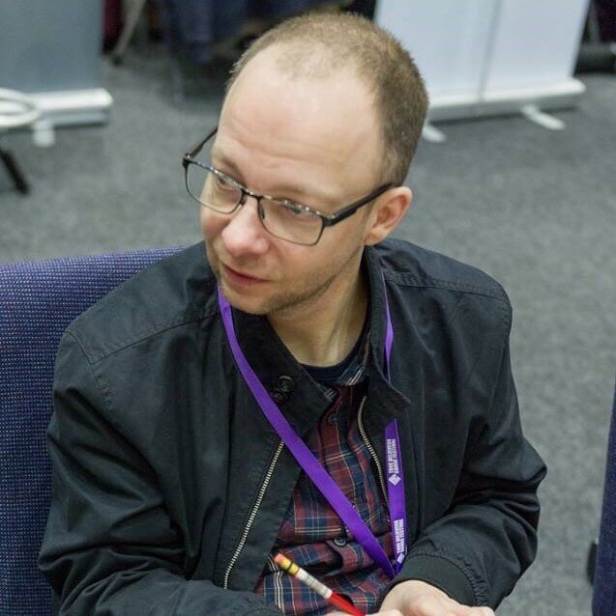 Dylan Teague has been drawing comics for about 25 years now. Most of that time has been spent on 2000ad and Judge Dredd the Magazine. He’s also done a few books for French publishers, Delcourt and Kennes Editions. At present he’s colouring the next chapter of Skip Tracer for 2000ad as well as drawing covers.

SELLING: Dylan will have Prints for sale, and will be doing commissions on the day.

All the latest all ages adventures in comic and book form from our range. Don’t forget Gallant and Amos and Megatomic Battle Rabbit from Fair Spark are currently appearing in Corker! Comic – free inside ComicScene from Issue 10. 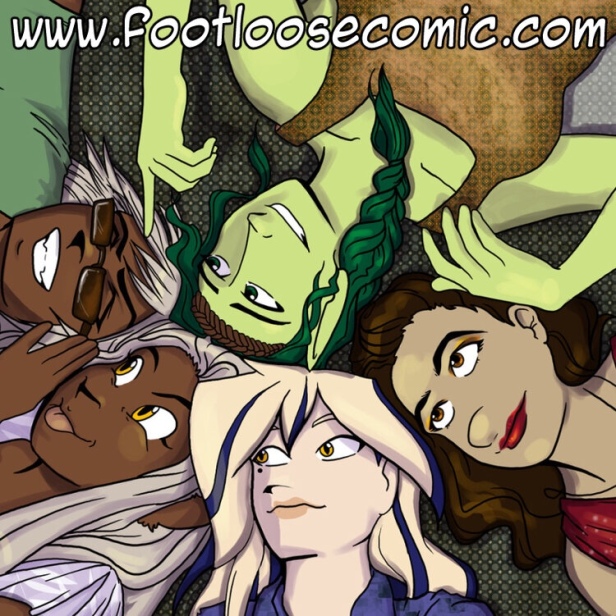 Footloose Comics is a sprawling metafiction set in a world where the rules of fiction are more important than the rules of physics! Highschool Adventure, Rebel Magical Girls, and crusade for Love and Justice! Featuring our 3 comics, Footloose! Cherry, and Black Market Magic.

The finest comics in the small press finally make it to True Believers! FutureQuake, Something Wicked, Neroy Sphinx and the 2000 AD fanzines Dogbreath and Zarjaz will all be on sale. Come say hi and discover why more new artists come through FQP than anywhere else.

Peruvian Cyberpunk Comics, Original pages, pin ups & postcards. I will also be taking commission sketches on that day. Many was featured in issues 10 & 11 of ComicScene and won the Pipedream, A Place To Hang Your Cape and ComicScene Best Indie Comic Award. 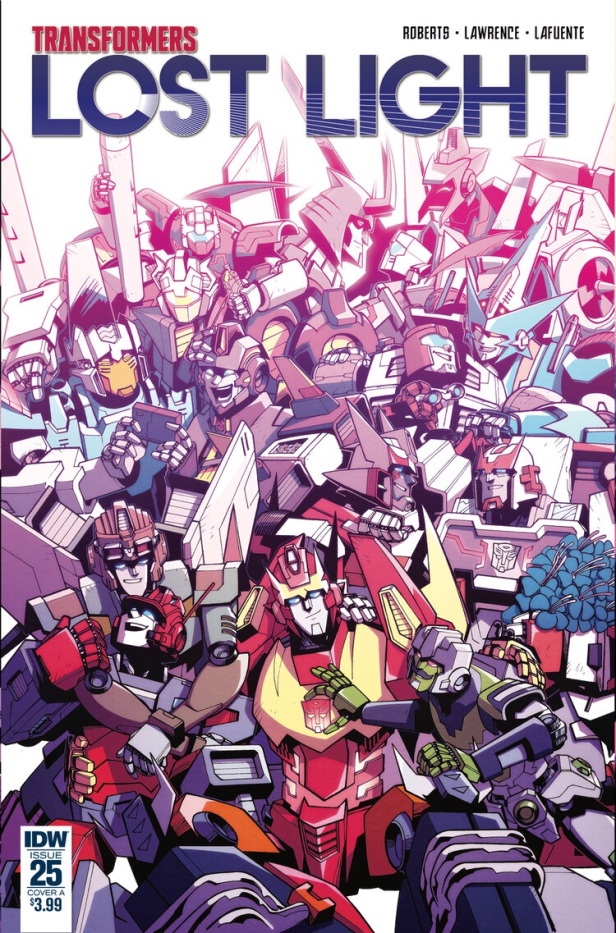 Jack Lawrence began working as a professional comic artist in early 2003, with his creator-owned series, Darkham Vale. From there, he has worked for a wide variety of publishers on a range of titles, including Transformers Lost Light, Skylanders; Teenage Mutant Ninja Turtles; Spider-Man; Judge Dredd; 2000AD; Lions Tigers and Bears; Action Man ATOM and many more. Jack is currently illustrating IDW’s Sonic the Hedgehog and other titles for IDW, in both the comics and games.

SELLING: Jack will be selling comics, prints and will be taking commission pre-orders at his Twitter account

Jay Martin and Chris Sides couldn’t draw if their lives depended on it, but they’re not bad at the ol’ writing lark. Jay is the writer of the hit Kickstarter comic series ALV, DOMEINION, a multimedia sci-fi/crime story and KA, an anthology of short stories. Chris is the writer of the Kickstarter-funded horror thriller HERE & THERE, IMPOSSIBLE for Markosia Enterprises and one-shot Comichaus crime thriller CLOSE. Launching at True Believers 2020 will be THE GUNRUNNER, a sci-fi action thriller that shares the same universe as IMPOSSIBLE. 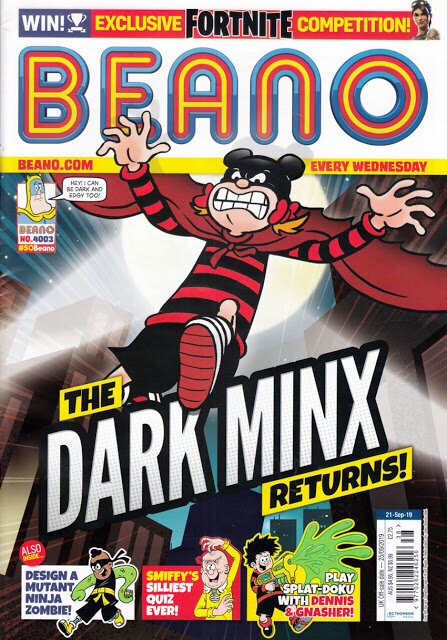 Laura Howell likes making comics that make people laugh. In 2006 she became the first woman to draw for the Beano, and is currently the artist in charge of everyone’s favourite pigtailed powerhouse, Minnie the Minx. She has drawn and written for many publications including Viz, the Dandy and the DFC, as well as comic adaptations of popular media titles such as Angry Birds and Cartoon Network’s Regular Show. A book of her own extremely silly comic strip “The Bizarre Adventures of Gilbert & Sullivan” was published in 2015. Her latest project – a highly-detailed Beano activity book called Where’s Gnasher? – was released by Studio Press in 2019. 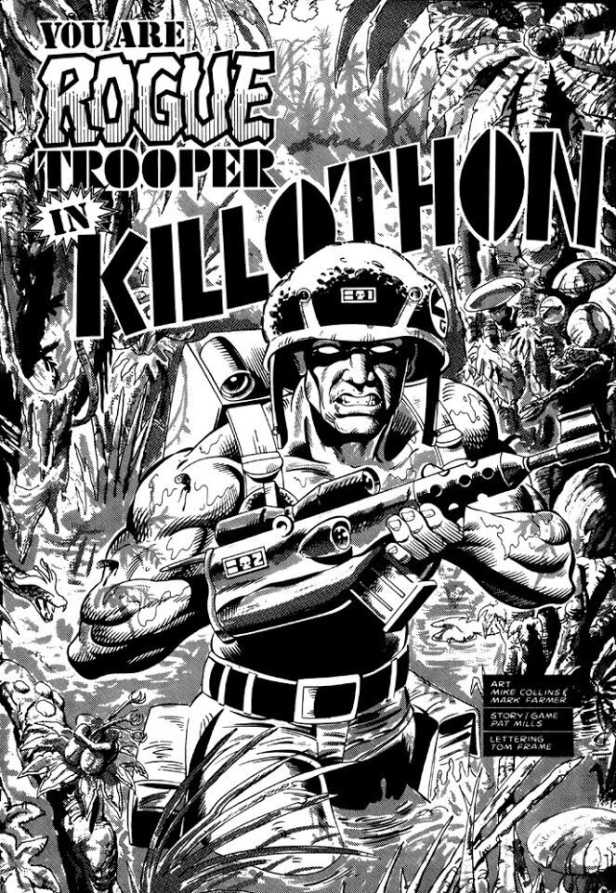 Artist on the critically acclaimed graphic novel retelling of the first Moon Landing, Apollo he’s best known as the penciller on the Panini Doctor Who Magazine comic strip since the TV show’s triumphant return, he had the longest uninterrupted run as artist on the strip, and pencilled the debut stories of each of the first three new Doctors, Eccleston, Tennant and Smith. He still draws the flagship strip, alternating with Martin Geraghty and John Ross. He illustrated two successful BBC original Doctor Who graphic novels, and has drawn for the US IDW Doctor Who comic book series.

He’s also the creator of the the first ever Welsh language graphic novel Mabinogi, a companion piece for the Cartwyn Cymru animated film of the Celtic myths.  The adaptation of Charles Dickens’ A Christmas Carol (script Sean Michael Wilson) for Classical Comics was cited as one of the top ten graphic novels of 2010 by The Sunday Times.

Creating comics for over 30 years, starting on Spider-Man and Transformers for Marvel UK, he has worked for Marvel, DC, 2000AD and a whole host of other publishers. In that time he’s written or drawn pretty much all the major characters for each company – Wonder Woman, Batman, Superman, Flash, Teen Titans, X-Men (where he introduced Gambit to the Marvel Universe), Captain Britain, Judge Dredd, Slaine, Rogue Trooper, Darkstars, Peter Cannon: Thunderbolt and  more. He currently draws a series of noir crime fiction graphic novels –Varg Veum– in Norse. He is World Famous in Norway.

Mike is committed to using comics as an educational tool, running workshops in schools and libraries throughout Wales, targeting ‘reluctant learners’ and was heavily involved in the Read A Million Words In Wales initiative.

He also provides storyboards for TV and films, including Doctor Who, Good Omens, His Dark Materials, Class, Sherlock, Knightfall, Warhammer 40K, Igam Ogam, Claude, Hana’s Helpline and Horrid Henry.  Outside of comics he has provided graphics and/or storyboards for clients as diverse as the Daily Telegraph, Coca-Cola, Hyundai, Lifebuoy and Colmans. He even illustrated a music video for Agnetta and Gary Barlow.  He garnered an improbable amount of publicity for drawing a comic based on the Royal Wedding, which -through an unlikely series of events- led him to cover the actual proceedings as a reporter for Dutch TV. No, really.

Nick Bryan writes comics across a range of genres, including well-received one-shot The Catalyst (from Comichaus) which contains seven different genres in itself, as well as others such as Little Deaths of Watson Tower and Moonframe.

SELLING: Prints, tees, stickers and other arty goodies! I will also be launching my second art book at this event as well – My Inktober 2019 collection!!

Scavengers, a fantasy comic about a goblin and a wolf’s adventures in a land once ruled by giants.

John Tucker Art will be launching The King.

Tails of Mystery is a noir comics about a private detecticve trapped inside the body of a black cat. Written by Asa Wheatley & Illustrated by Kat Willott both Wheatley and Willott will also have a selection of their other comics and works.

Strange tales and amazing adventures with Brawler, 18th Century historical adventure with Flintlock, and our latest one-shots and graphic novels! Don’t forget Flintlock is currently being serialised in ComicScene and copies will be on sale at their table.

See all those attending here.