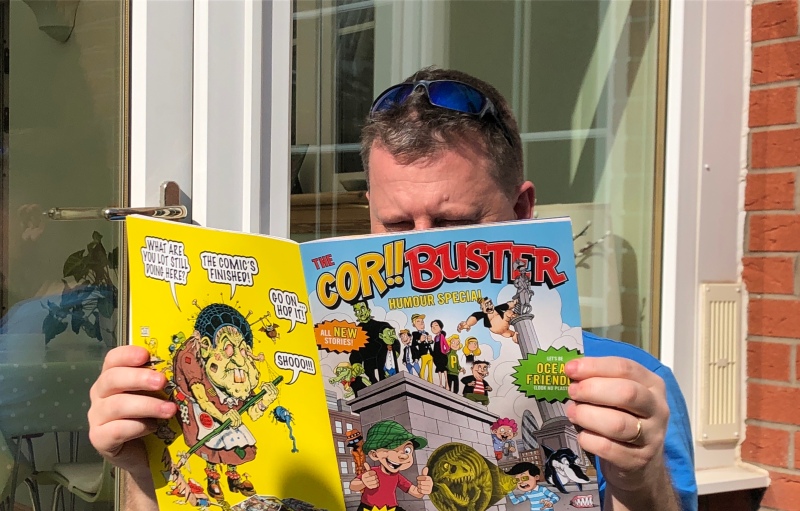 So here it is at last – the Cor!! Buster Humour Special. An opportunity for Rebellion to revisit their amazing catalogue of characters and introduce them to a new generation of comic readers and the nostalgia buffs who may also pick up their quality series of collections.

So, is it worth the wait?

We think it’s as close to perfection as you can get with all new material.

The stand out strip is Sweeny Toddler by Tom Paterson with lettering by JR.Senior which really captures the art and story of classic Sweeny. Indeed the only fault of the collection is the original art of the characters were once so distinctive for older readers that some of the new interpretations (and that they are in colour) jar a little. But this is for a new generation, right?

It was nice to be reminded of characters long forgotten from the memory banks such as Martha’s Monster Make Up, Fuss Pot and Grimley Fiendish. The scripts also seem quite fresh, not ignoring the world of ComicCons, mobile phones, snapchat, baby sharks and trackers!

ComicScene writer Lew Stringers history lesson was a welcome addition. Some characters in the collection we are unfamiliar with so we could have done with a bigger crash course. Maybe an idea for ComicScene? It was also fun to read Who’s In Charge? by John Freeman, Lew Stringer and Leila O’Millar, not least because it features all our favourites in a great strip for all readers!

In the end, when you realise that Buster ended at the beginning of 2000AD and has been away from newsstands for 19 long years, it’s just nice to know kids have an opportunity to see how much fun comics from the days of Kings Reach Tower can be. Big thanks to Rebellion for making this happen.

UPDATE – we did ask a 13 year old what their favourites were – Kid Kong, Face Ache, X Ray Specs their favourite, Who’s In Charge for the messing about, Swines of Anarchy for the art. 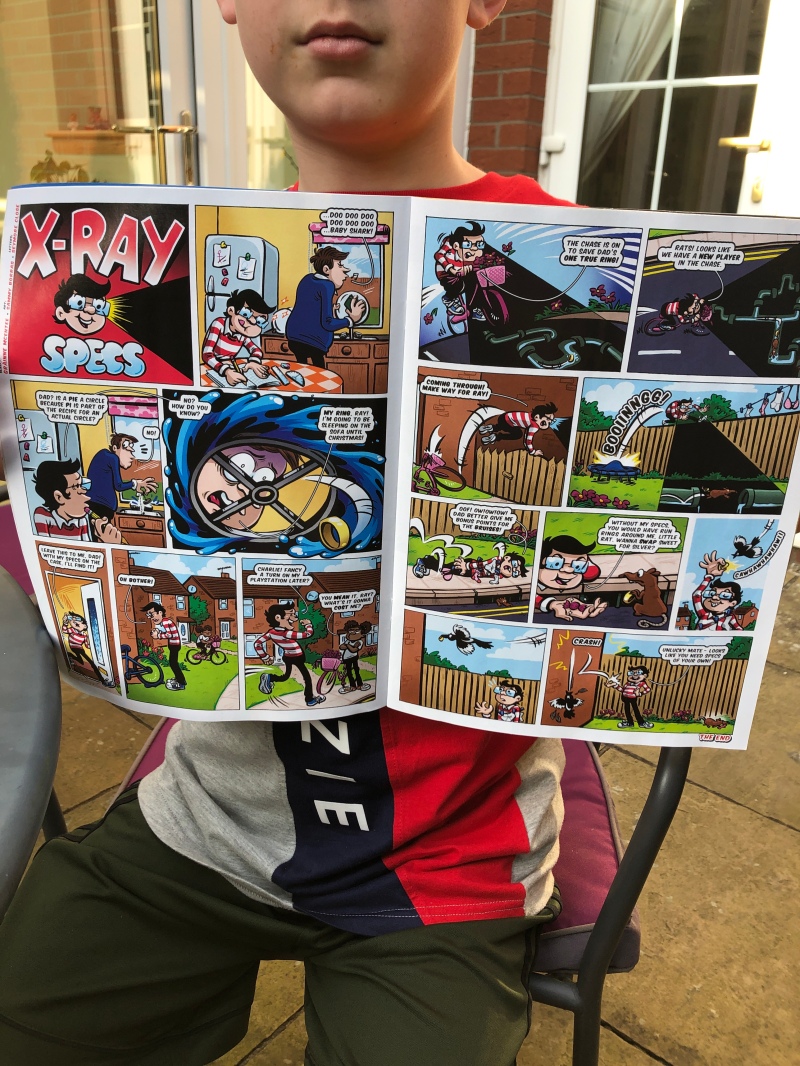 You can read more about Buster, Cor, the comic, Frankie Stein and the forthcoming Funny Pages, future Rebellion plans and behind the scenes of the John Freeman and Lew Stringer strip in ComicScene Magazine Issue 3 on sale in WHSmith, McColls, Easons, available to order in any newsagent or comic shop from 25th April and online in print or digital at http://www.getmycomics.com/ComicScene 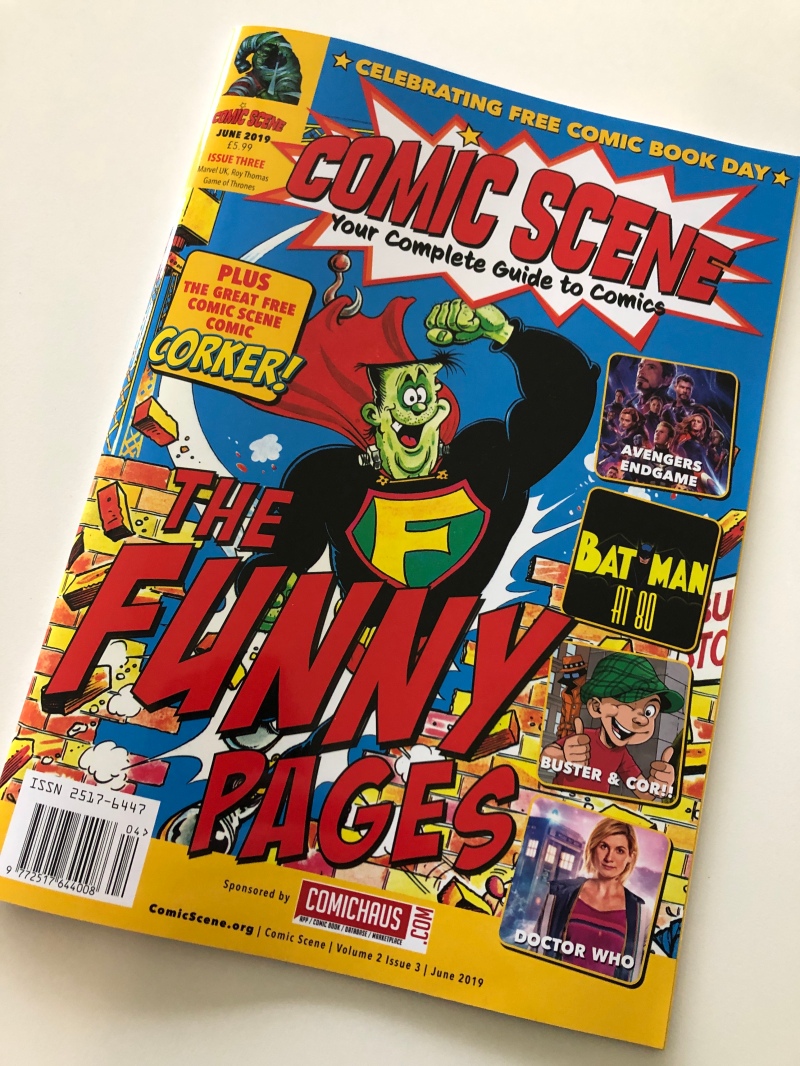 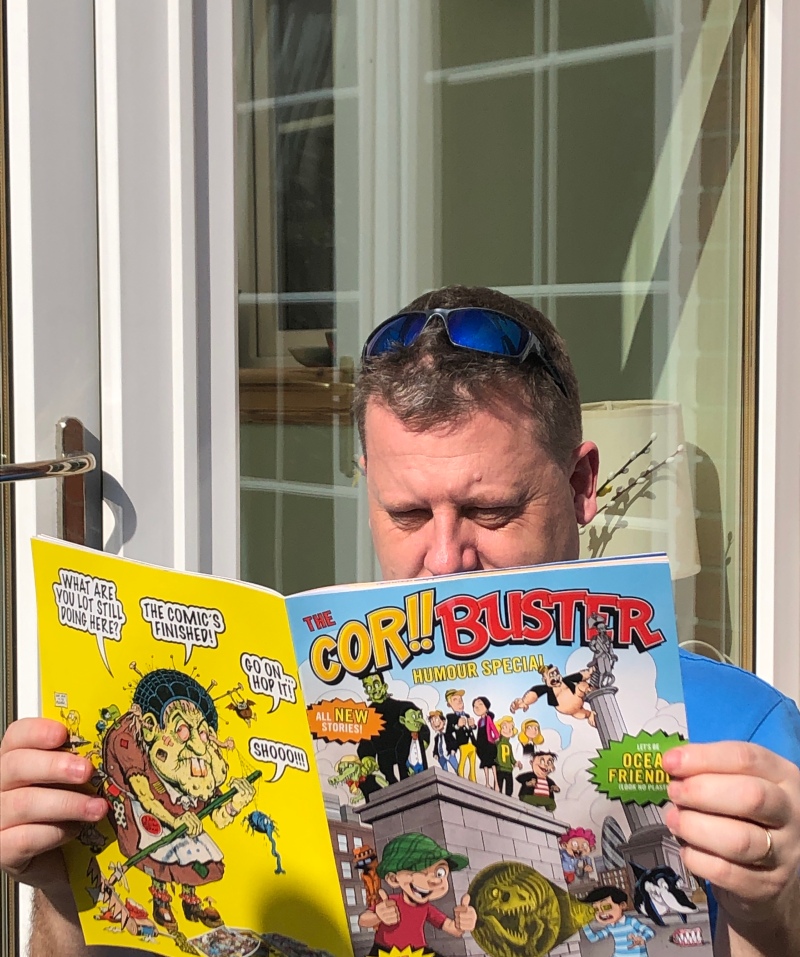 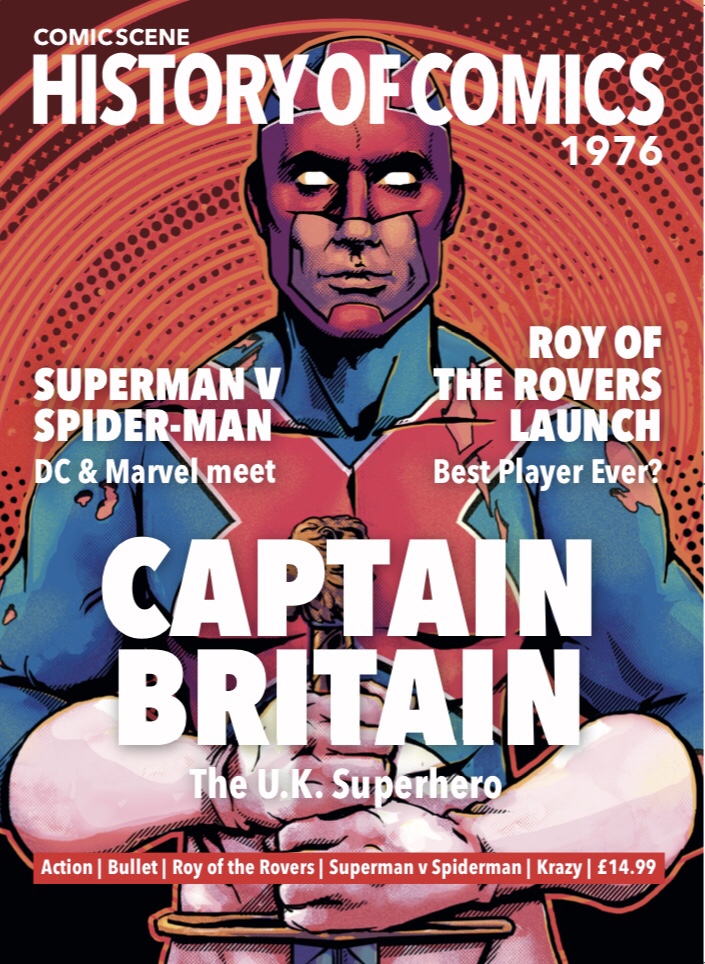