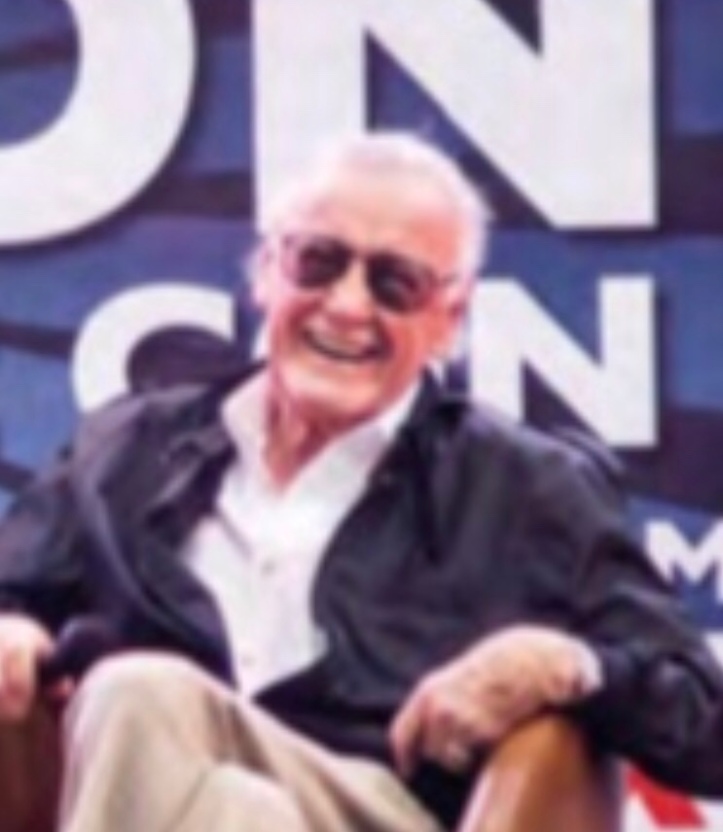 Stan Lee was probably one of the most important figures in the comic industry to have ever lived. As the co-creator of Spider-Man, the Fantastic Four, the X-Men, Iron Man and The Avengers, Lee not only transformed the world of comics in the last sixty years but has also had a huge impact on 21st century cinema. At the time of his death, aged 95 on November 12th, the two highest grossing films of 2018 were Avengers: Infinity War and Black Panther. Lee had a major role in creating both, as well as two other films in the top ten (Ant Man and the Wasp and, less directly, the Spider-Man inspired Venom). Indeed, Stan Lee had a hand in creating the basis for five of the current top twenty highest grossing films of all time.

A keen self-publicist, Lee enjoyed appearing in cameos in the recent spate of Marvel films and many readers will remember his narration (“Hey Hulk-lovers! This is Stan Lee..”) on a number of the Marvel cartoons of the 1980s. But comics were always his first love. It was ironic then, that his period of greatest invention occurred soon after a point in 1960, when still in his thirties, Lee had come perilously close to giving up on comics forever.

By the dawn of the sixties, Lee had already been in comics for twenty years, working for Timely Publications from 1940 and sticking with it when it became Atlas Comics and then, finally, Marvel. The crisis started when he was approached to create a rival group to DC’s Justice League of America. With comics at a low ebb after the McCarthy era attacks on post-war “horror” comics, Lee, who had a hankering to write a novel, was tempted to quit. He had been born Stanley Lieber to a poor Jewish Romanian family and had initially been landed a job at Timely by his uncle in 1940, continuing to work for them even through a period of war service. It was his British-born wife Joan Boocock Lee who persuaded him to stay in 1960, leading him to launch a renaissance in American comics.

Stan Lee’s great innovation was to create “superheroes with problems”. His first real major triumph, The Fantastic Four which started in 1961 with art by Jack Kirby, saw its heroes imbued with super powers – elasticity, invisibility, super strength and the power to generate intense heat after an accident in space. But the characters remained intensely human – Ben Grimm aka “The Thing,” for example, was endlessly unhappy about his new rock solid external appearance.

Lee later described the creation of the comic in mock biblical language:

Stan Lee’s biggest ever success, however, came in 1962 with The Amazing Spider-Man created with artist, Steve Ditko.

The story of teenaged Peter Parker becoming the web-slinging “friendly neighbourhood” Spider-Man after being bitten by a radioactive spider is so well known now that its easy to forget how unusual an idea it was at the time. Lee’s characters dispensed with well-worn superhero clichés: they rarely wore capes none were invincible and were often deeply flawed. In a tremendously fertile and prolific period, Lee had a hand in creating the Incredible Hulk, Thor, Iron Man and the X-Men, plus many other characters and stories. Marvel was soon booming again.

The Incredible Hulk was a particular success, spawning a CBS live action series starring Bill Bixby in 1978, the only real live action adaptation of any Marvel product of any quality before the 21st century. Ironically, The X-Men, the film which effectively launched the Marvel comics film boom which continues to this day, was initially a rare flop for Lee in comic form.

Hulk ultimately told the story of Bruce Banner, a scientist who occasionally transformed into a rampaging giant super strong green monster whenever he lost his temper. Hulk resembled The Fantastic Four’s Thing in that his strength and monstrous physical appearance (which at least was only occasional in Banner’s case) was undesirable and wholly beyond his control. Banner’s affliction was, of course, the consequence of exposure to gamma rays (a surprising number of Lee’s creations are the product of radiation or radioactivity).

Some of Lee’s creations such as Ant-Man, meanwhile, were created alongside his brother Larry Lieber.

Lee ceased most of his writing responsibilities in the seventies, but despite a legal battle in 2005 in which he sued Marvel for over $10 million in unearned profits from the recent films, he remained a champion of Marvel throughout the rest of his life. Lee was inducted into the comic book industry’s Will Eisner Award Hall of Fame in 1994 and the Jack Kirby Hall of Fame in 1995. He received a National Medal of Arts in 2008.

A charismatic figure, Lee was a celebrity in his own right. He had become famed for his self-promotion and catchphrases when overseeing the letters’ pages on many Marvel comics coining phrases such as “Excelsior!”, “with great power comes great responsibility and “’Nuff said!” Readers were generally referred to as “true believers”. Character catchphrases included “Flame on!”, “Hulk smash!”, “It’s clobberin’ time!” Stan “the man” increasingly enjoyed making cameo appearances in his later years, cropping up in everything from The Simpsons and Heroes to Big Bang Theory.

Ultimately, Lee’s name would be legendary even of he had just created Spider-Man. As it is, his output and creativity have been so great that even without taking into account the many writers and artists he has doubtless inspired, .it is now impossible to imagine the comic scene of the last sixty years without him,

One thing is clear: Lee’s legacy is sure to endure in both the world of comics for many years after his death.