The Magic of Billy’s Boots 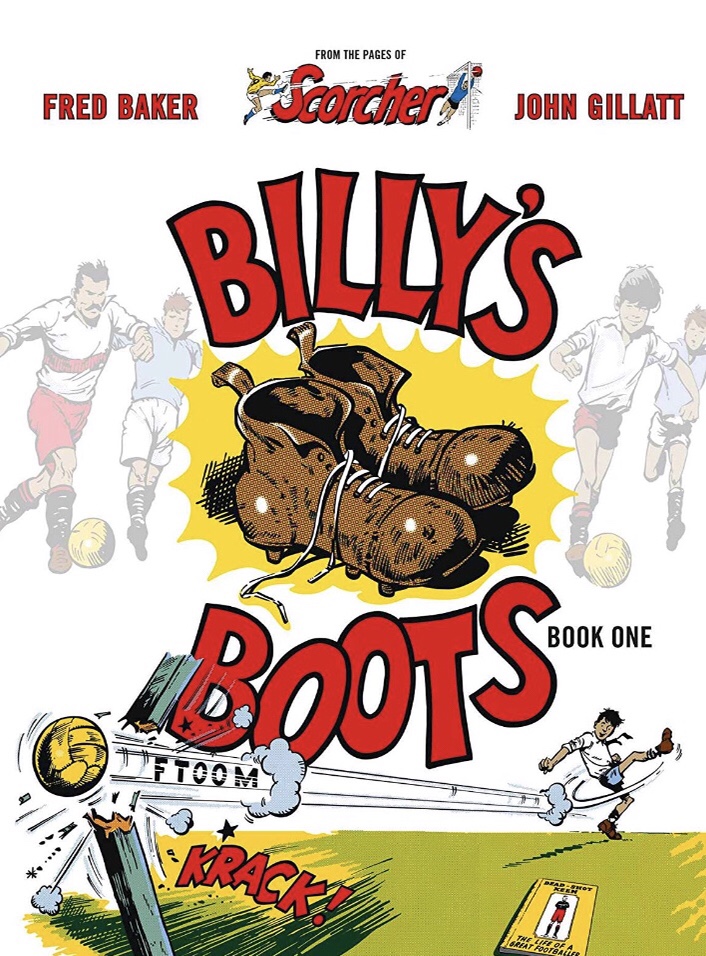 The Treasury of British Comics are bringing out probably one of the most popular football stories ever produced in February.

‘Billy’s Boots’ tells the story of Billy Dane. He’s passionate about football but rubbish at it. Until he finds an old fashioned pair of boots in his grandfathers attic that were once owned by ‘Dead Shot’ Keen who was a famous centre forward for England. Then with a bit of magic his fantasy of being the best player on the pitch comes to life!

ComicScene UK magazine are working on our first issue of 2019, due out mid February. The sports issue will feature more about Billy’s Boots and can be ordered as part of your 6 or 12 month subscriptions at http://www.comicscene.tictail.com

For only £20 a year you can support ComicScene and get exclusive access to ComicScene+ 2022 - 40 Digital Comics Online. You also support the creators who make the comics. Thousands of pages of comics and features. Click here to join with PayPal. Thank you for your support. Look out for ComicScene 2023 on crowdfunder soon!