At least three of those characters and a few DC villains have appeared on Empire Magazine covers over the last 30 years.

Batman first appeared on the cover of issue 2 with ComicsFlix favourite Batman/Bruce Wayne actor in the lead role, Michael Keaton. 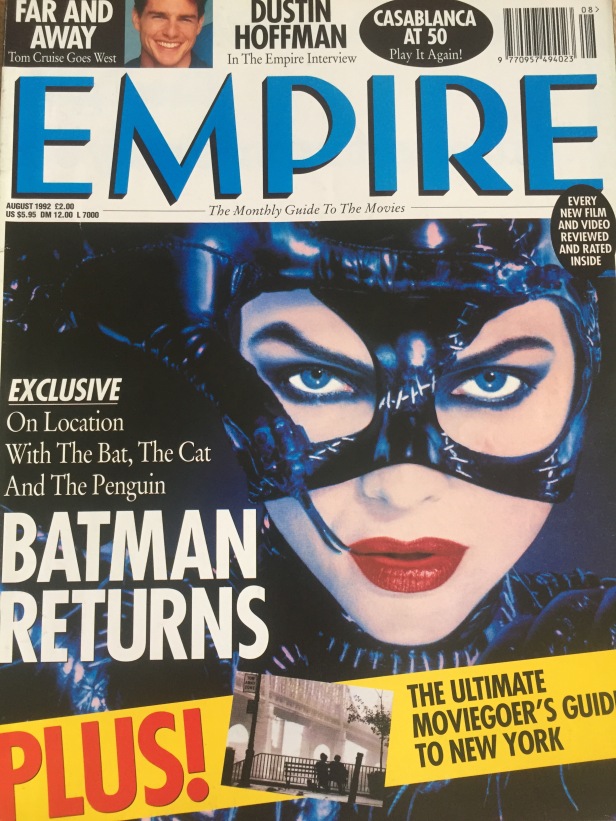 Batman Returned with Catwoman the leading light in Tim Burton’s darker sequel. Film bosses weren’t happy and wanted a lighter touch for the next movie, which they got from Val Kilmer as the Caped Crusader! 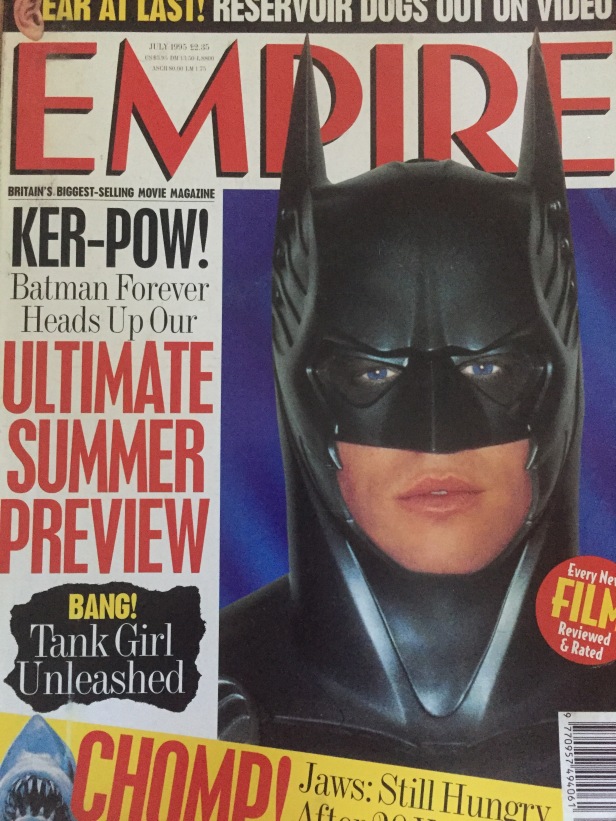 Val was replaced by Clooney. George Clooney. A respectable turn as Batman only ruined by the horrendously garish movie around him. 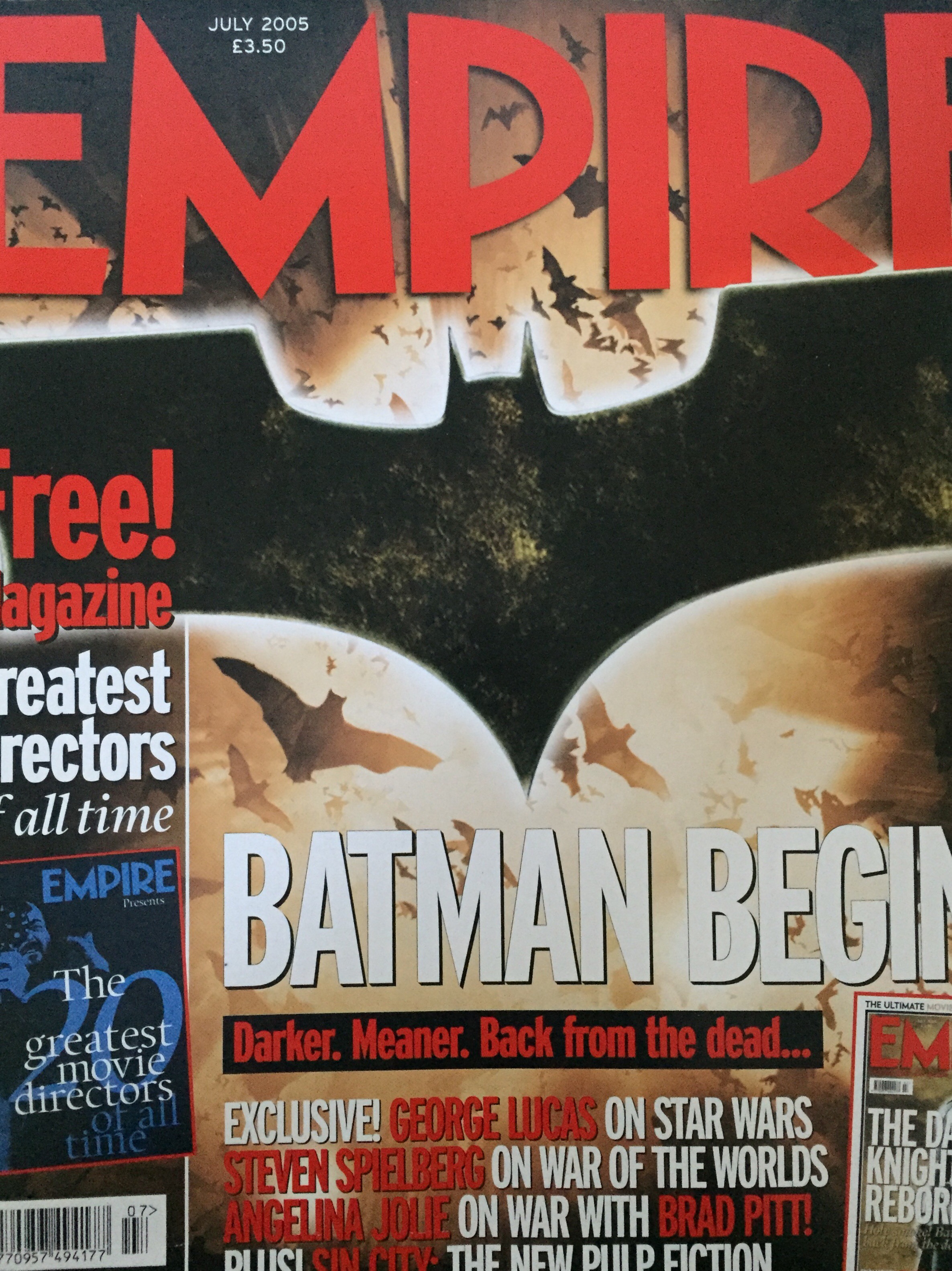 It took a while for Batman to Begin again but Empire celebrated in style for Christian Bale and Chris Nolan’s interpretation of the Dark Knight, now closer to the Frank Miller incarnation from the comic books.

Superman was to follow by ‘Legends of Tomorrow’ actor Brandon Routh in the lead role. A sequel, of sorts, to Superman 2 it didn’t quite capture the action, fun and adventure of the first two Christopher Reeve movies and was dealt a kryptonite blow at the box office. 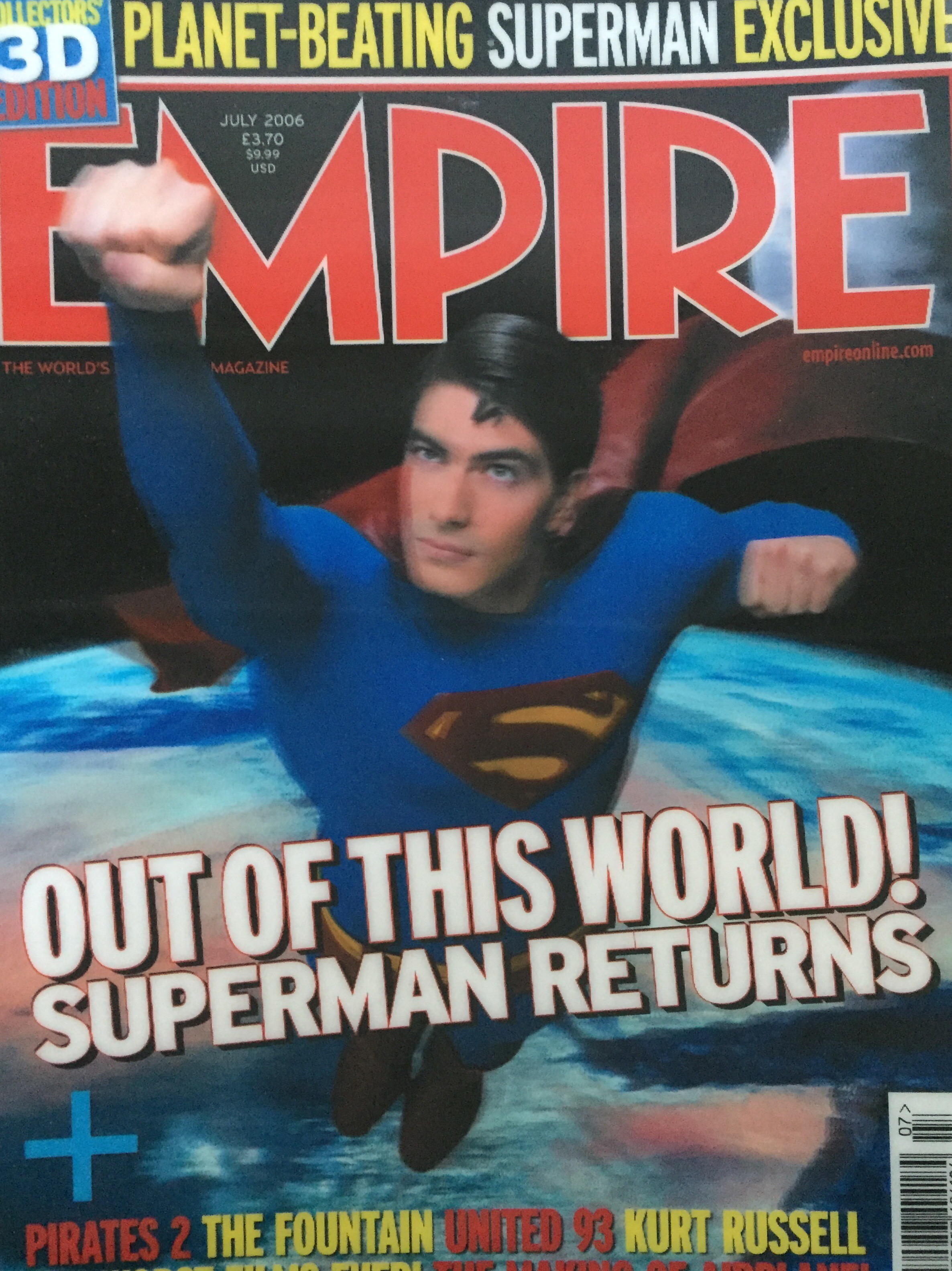 Batman’s star continued to rise movie by movie – unfortunately this made the movie makers think ‘dark’ was good for all DC characters – a mistake that perhaps made most comic fans and critics slightly cool about the adaptations beyond The Dark Knight. 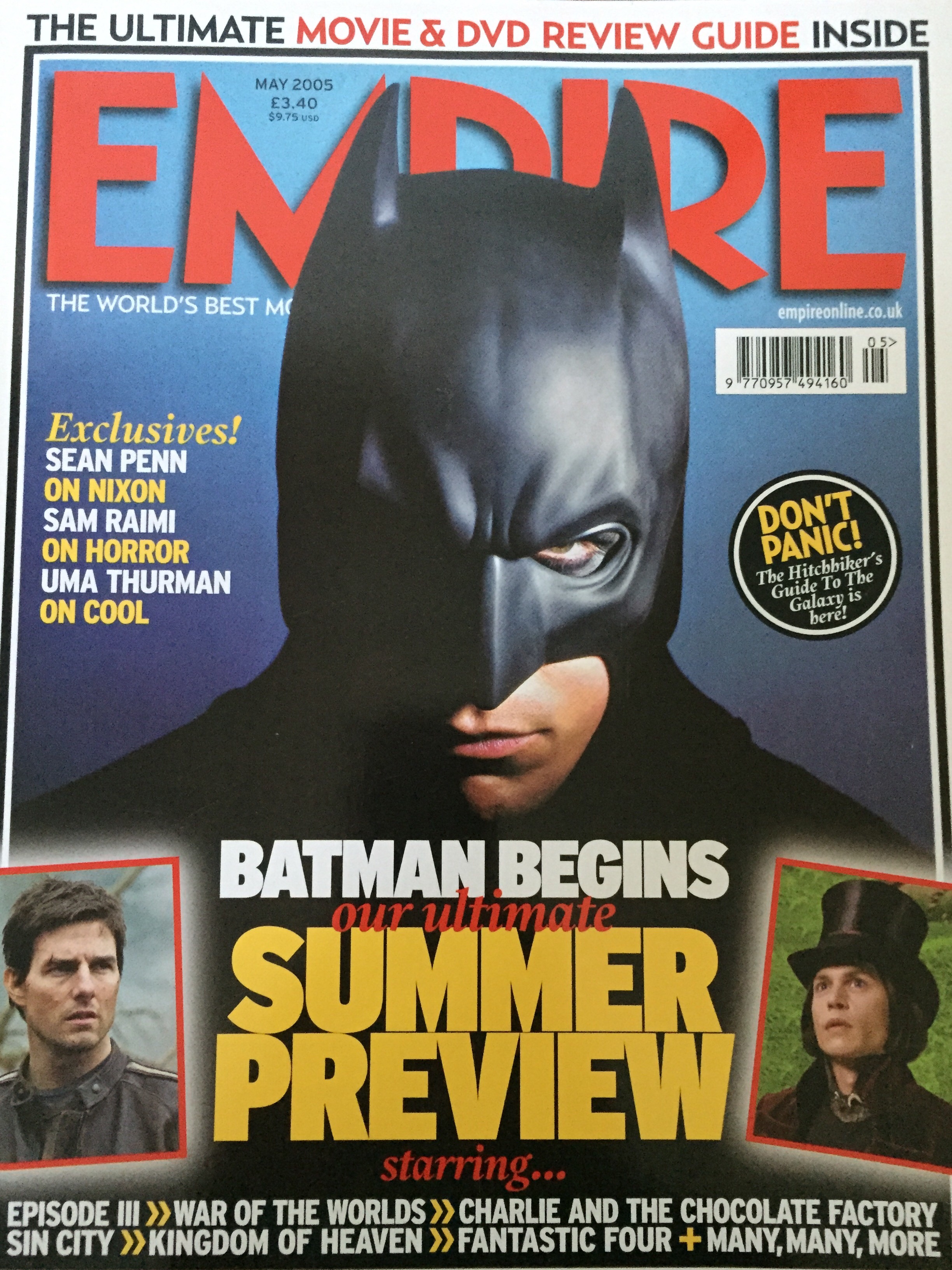 The Man of Steel was to return in the body of Henry Cavill, a great choice of actor and Amy Adams as Lois Lane. The hues of the film were grey and the tone sombre leaving Superman a little shaken and stirred following his battle with Zod, However, Superman was ready to fly again!

Fly Superman did against a new Batman. Again another reasonable turn from actor Ben Affleck.

To many, the film displayed too Dark a tone with a blow by blow Dark Miller version of Batman v Superman rather than two young brave and the bold superheroes meeting at the beginning of their career. Mixed with fighting Doomsday and the Death of Superman there was a forced sense of too many classic comic stories being forced into one movie, with viewers not really knowing enough about Bats and Supes to care if they lived, died and how they would feel about that. A shame, but there was an Amazonian light at the end of tunnel. After years of waiting to see both characters meet on screen they were to be blown literally out of the water by a fellow Justice League member who laid to rest the memory of Lynda Carter to many superhero fans. 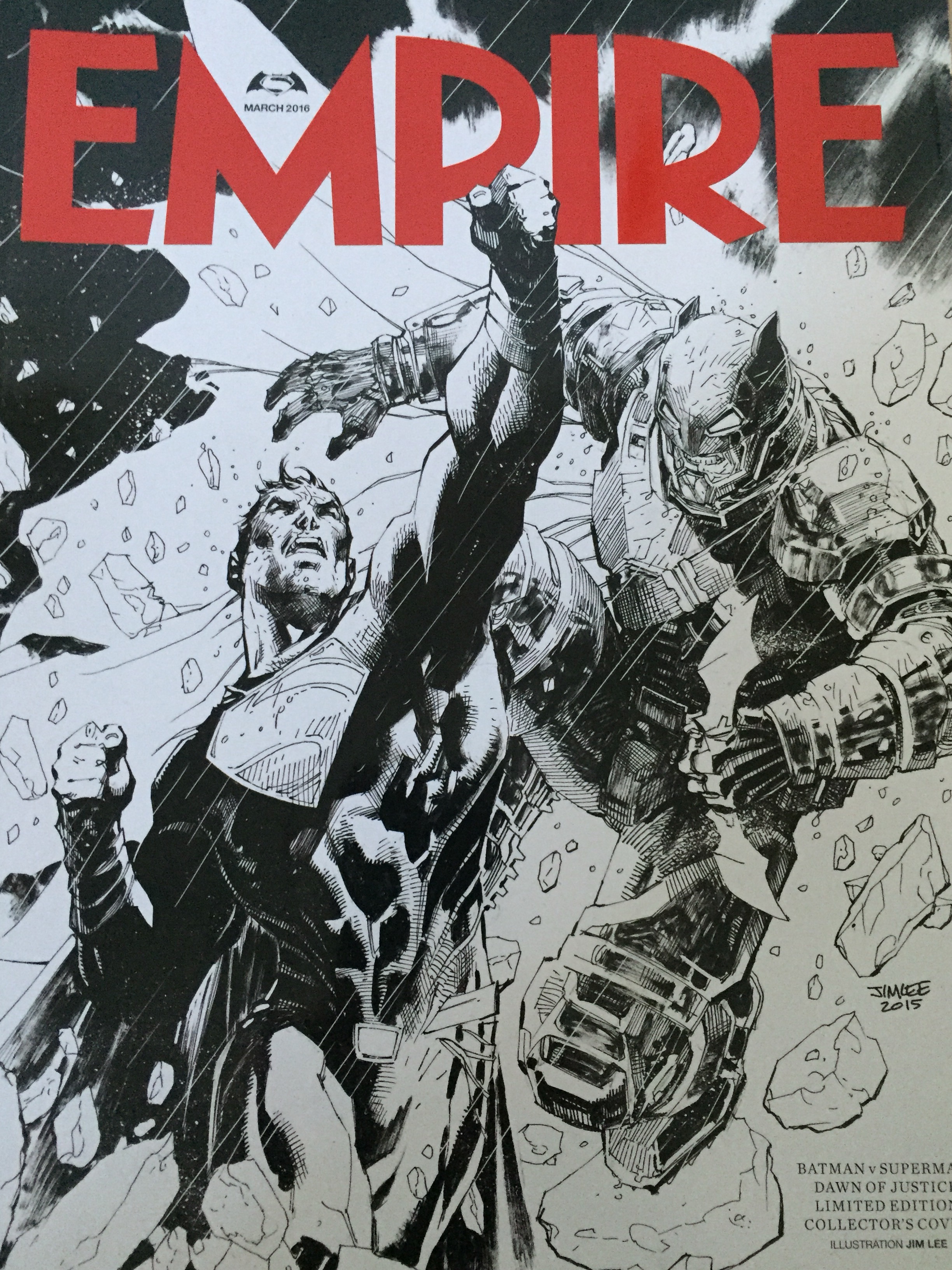 Yup, Gal Gadot arrived as Wonder Woman. What a revelation, superbly handled, with a stand-alone movie which cemented her as the true Queen of DC movies. A movie that suddenly captured, near enough, the tone and excitement of the Richard Donner Superman.

Coupled with the humour in another DC team up movie, Suicide Squad, there was a feeling that humour in a DC movie could be handled right – despite the history of Adam West’s Batman and the horrendous Batman movies following Batman Returns.

So here we are – the weekend this has all been leading up to. The first ‘Justice League’ movie.

I haven’t seen it yet but reviews are mixed. Deep down I know it’s probably a movie that started out darker than it is, to be hastily reconfigured to encapsulate the finer elements of the Wonder Woman Movie. It may be a dogs dinner, it may be a crowd pleasing piece of popcorn delight. I hope it’s a reasonable start to a new universe alongside some great Marvel movies.

I’ve seen the movie and it’s a great start – and like a comic book on screen! My youngest loved Flash, Aquaman and Cyborg with another strong turn for Wonder Woman and some fantastic scenes of Batman action. I’m not going to spoil the movie for you but it was wonderful to hear classic themes from Danny Elfman and John Williams mixed into the soundtrack. Great stuff and a thumbs up from ComicsFlix!