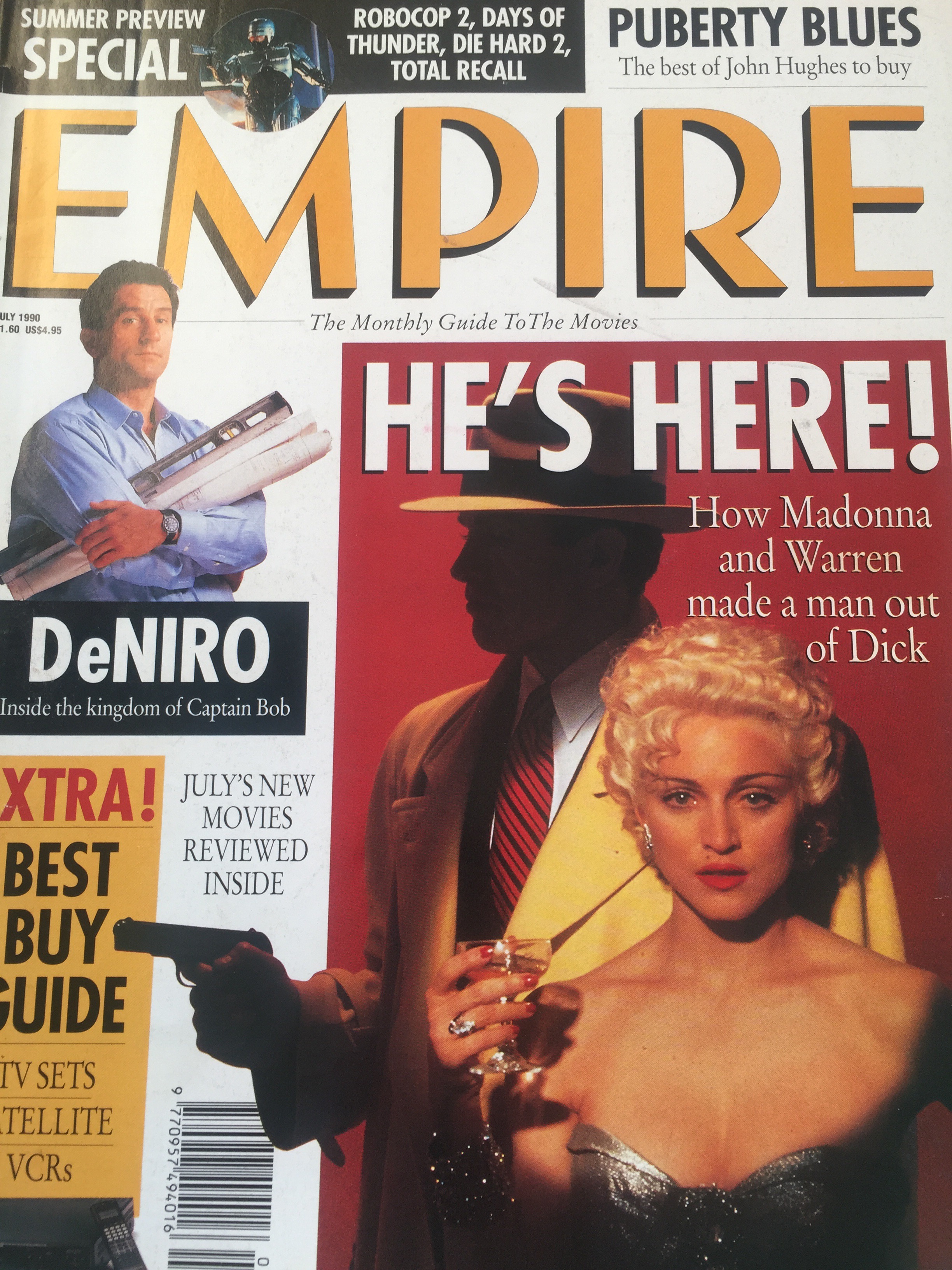 Warren Beatty was still tabloid fodder and dating the hottest pop star on the block Madonna. He had hot shot star Al Pacino and a merchandising budget for t shirts, mugs, badges, boxers, books, comics and by god watches. So what could possibly go wrong with a character just waiting for a major movie studio like Disney. 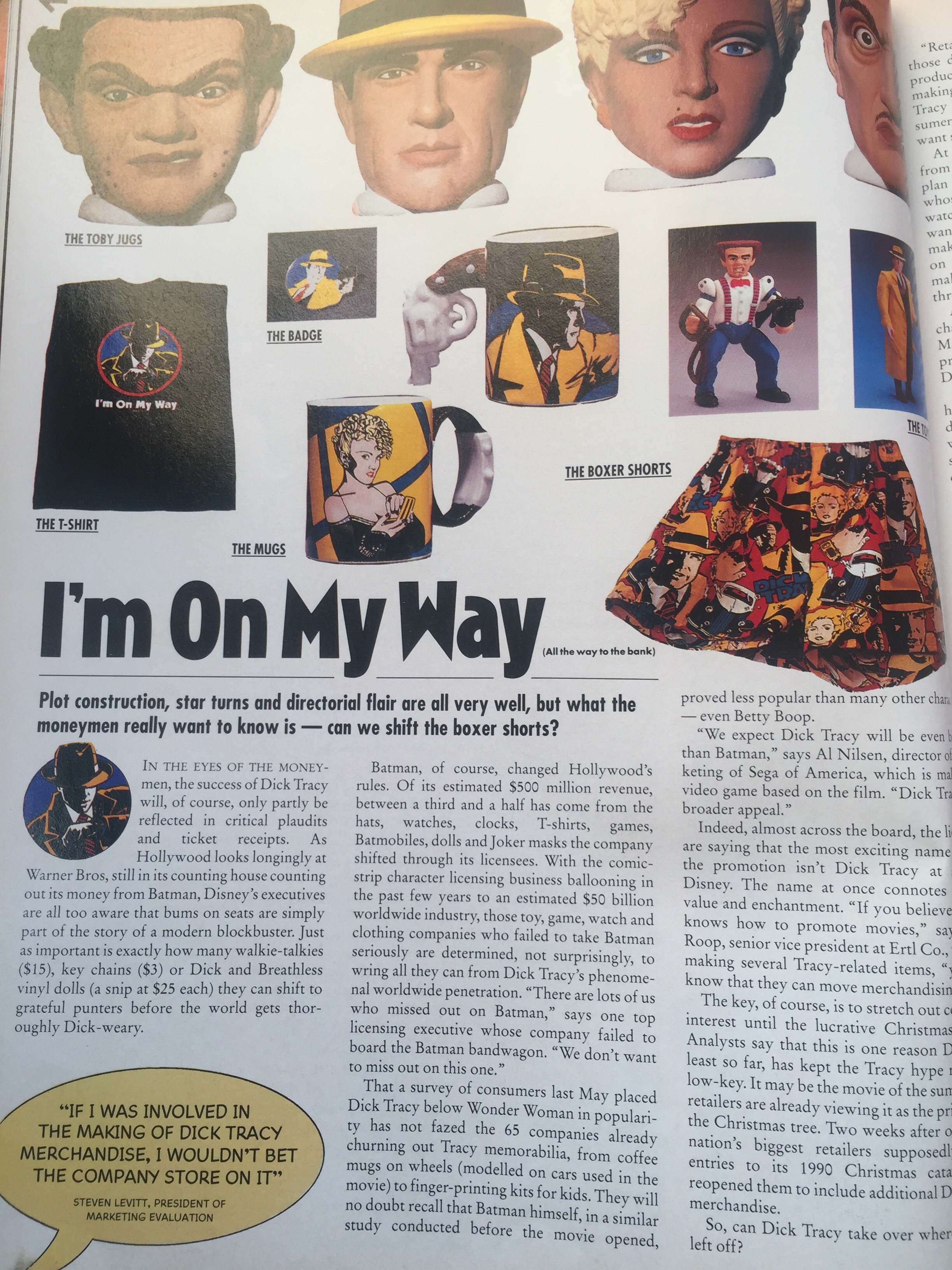 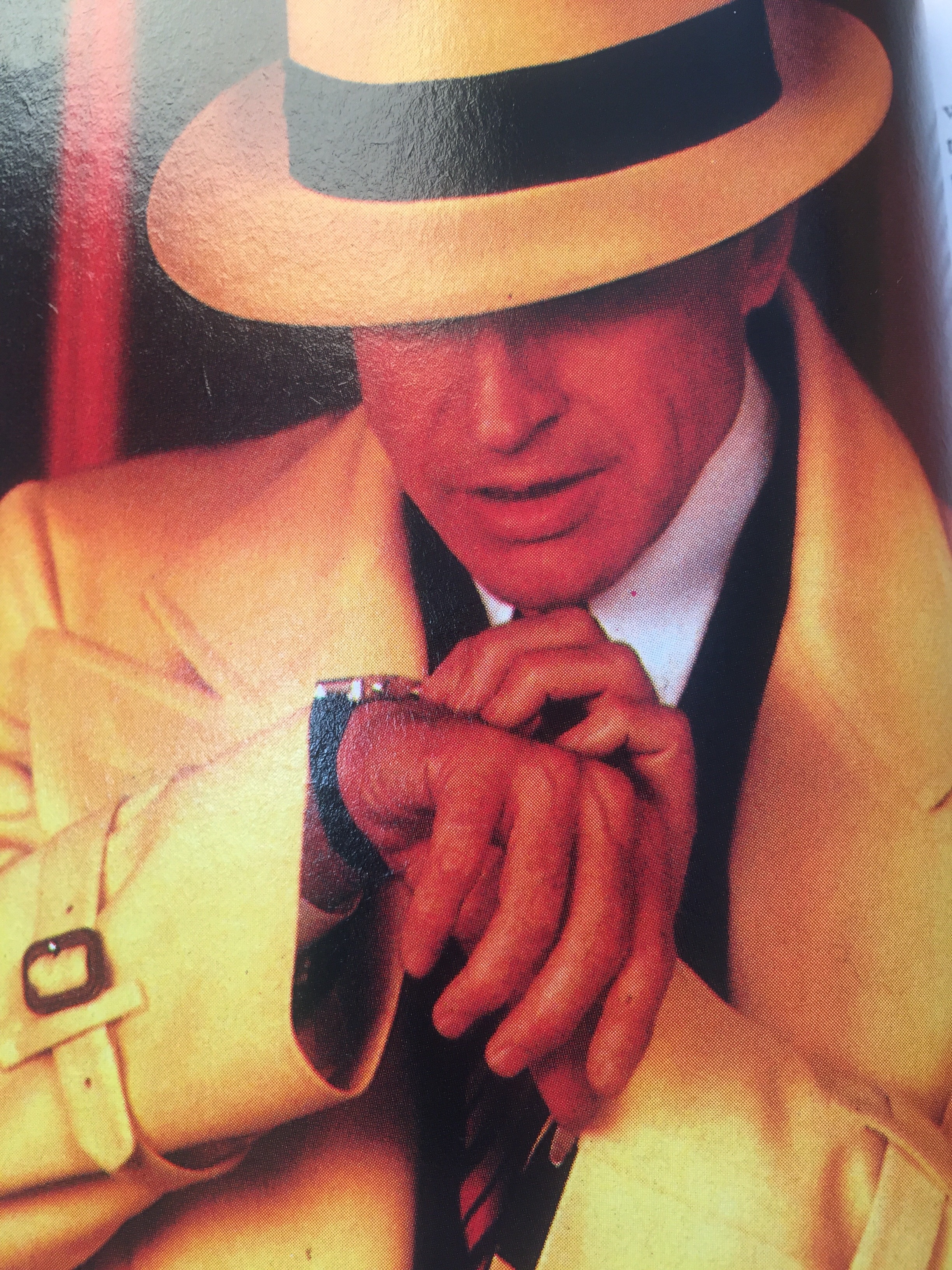 America’s Most Famous Detective Dick Tracy had lots of ego but not so much action which cost the movie 3 stars in Empire and takings at the box office. Which explains why there wasn’t a sequel or another reboot.

However what made this issue of Empire interesting was not the news about Dick Tracy alone. It was an article on how comics were emulating cinematic technique on the page and how the transition from comic book page to screen was not always an easy one. The example given was Alan Moore and Dave Gibbons Watchman, whose rights had been snapped up by Die Hard producer Joel Silver. This was in 1990, 4 years after the release of Watchman as a 12 issue mini series. It would take nearly 20 years for the film to be made!